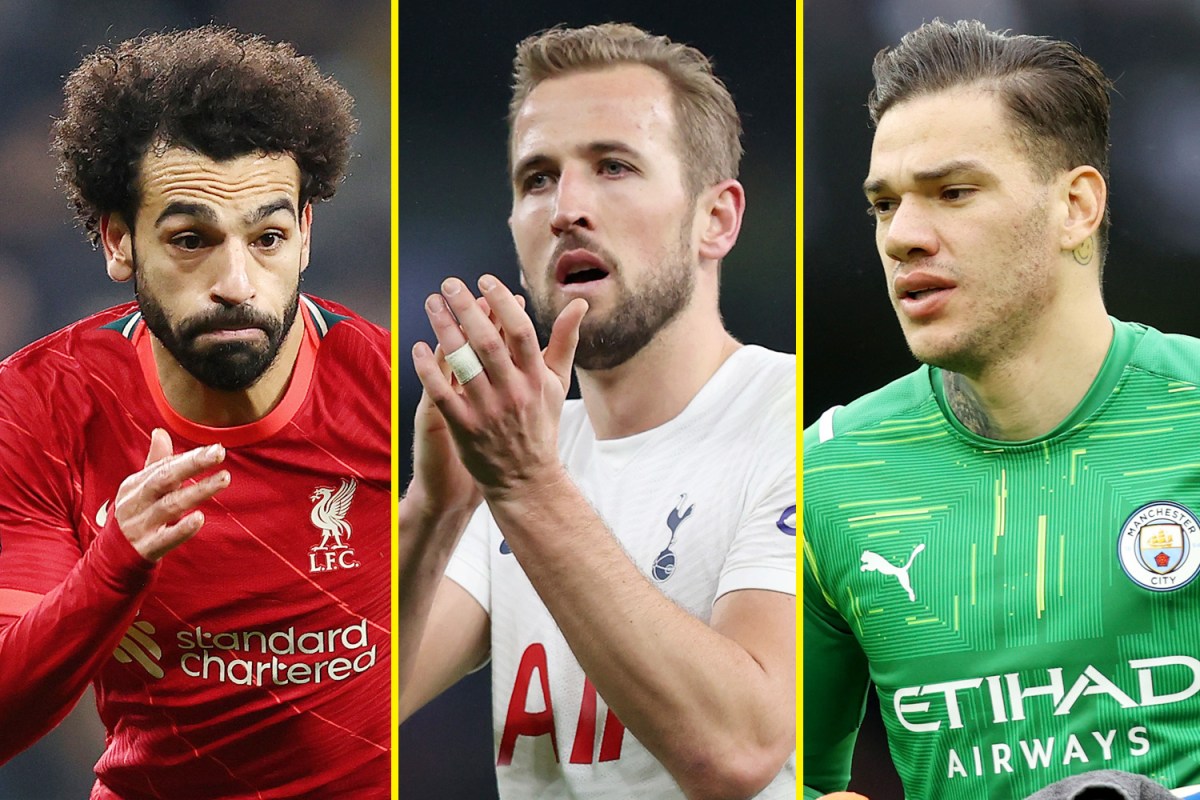 The 2021/22 season has already seen 470 goals flying in as we approach the New Year and England’s top-flight clubs don’t look like slowing down.

Last season, England captain Harry Kane scooped both top scorer and provided the most assists after an incredible individual campaign at Spurs.

However a mixture of fitness and form has seen the striker’s standards dip in recent months and he has not finished 2021 nearly as strong as he started it.

Ederson, however, is well on his way to making a Golden Glove three peat having dominated in goal for Manchester City all year.

But who are also some of the more unsung heroes who haven’t grabbed the headlines but have been ever-present in their teams.

With that in mind, here’s the most complete breakdown you need as talkSPORT.com looks back on the Premier League in 2021 in review…

No surprise that Salah is far and away leading the charts following the Liverpool superstar’s incredibly consistent calendar year in 2021.

However, perhaps the most impressive is West Ham’s Michail Antonio who has managed more goal involvements than Kane and Bruno Fernandes this year.

The stats also prove how integral Mason Mount has proved to Chelsea’s attack in 2021 and similarly, Raphinha for Leeds.

Most Premier League goal involvements in 2021

Salah ultimately finished one strike behind Kane in the 2020/21 Golden Boot race but unlike the Spurs striker, he has started this campaign on fire.

The Egyptian is already five clear in the race for this season’s crown and has scored eight more goals than Kane in the Premier League in 2021.

Salah’s Liverpool teammate Diogo Jota spent the first three months of the year injured but his 10 so far this term has helped put him fourth.

A Liverpool one-two as Salah is finally beaten by in the rankings by his own teammate Alexander-Arnold.

The England international has had a rollercoaster 2021 with injury and missing Euro 2020 but his assist record has been as consistent as ever.

Paul Pogba’s record-equalling four assists in a single game on the opening day of the season has helped him share third with Gabriel Jesus.

Most Premier League assists in 2021

Again no surprise here as Ederson collected the Golden Glove last season and Man City have conceded the least amount of goals this term.

Chelsea’s Edouard Mendy and Liverpool keeper Alisson round out the top three but Aaron Ramsdale is finishing the year in an impressive fifth.

The Arsenal star kept five of his 13 clean sheets for Sheffield United from January to May last campaign despite the Blade finishing bottom.

Most Premier League clean sheets in 2021

Goalkeepers understandably dominate this entry due to a lack of rotation in their position with Emiliano Martinez proving particularly influential for Aston Villa.

But it’s also a mark of how much Villa relied on their senior players, with Ezri Konsa, John McGinn and Tyrone Mings all in the top 11.

Interestingly, Liverpool talisman Salah is the only outfield player for the Premier League’s top six included.

Most minuted played in Premier League 2021

Alexander-Arnold finished the year as the Premier League’s assist king and perhaps that’s understandable considering the amount of chances he created.

United pair Bruno Fernandes and Luke Shaw laid on 172 opportunities in 2021 while Raphinha created as many chances as Masoun Mount.

Brighton midfielder Pascal Gross can also count himself as a more influential play-maker than both Salah and Kevin de Bruyne this year.

Most Premier League chances created in 2021

Following his wondergoal against Newcastle, Alexander-Arnold joked that he’d been waiting five years to strike a ball like that.

And the stats back that up as the Liverpool right-back managed to get just 19 of his 64 shots on target in the Premier League.

Yet Southampton’s Nathan Redmond and Wolves speedster Adama Traore were the most wasteful in front of goal with less than 26 percent of their shots hitting the target.

Aston Villa midfielder McGinn was among the players who played the most amount of minutes this year in the Premier League and he picked up 12 bookings for his troubles.

Yet the Scot has never been shown a red – unlike Harry Maguire, who received two of his 11 yellow cards in a 4-1 defeat to Watford last month.

McGinn’s Villa teammate Douglas Luiz is also included, while Man United and Burnley each have two representatives as well.

Most Premier League yellow cards in 2021

Thomas Soucek and Wilfired Ndidi are two masters of professional fouling having made a combined 127 offences between them.

Yet neither of the pair are on the list for most yellow cards – unlike Conor Gallagher, who was booked 11 of the 55 fouls he made this year.

That means that the Crystal Palace attacker – who started the year on loan at West Brom – was cautioned every five fouls he committed.

Most Premier League fouls conceded in 2021