Astra to launch mission for NASA from Florida next month 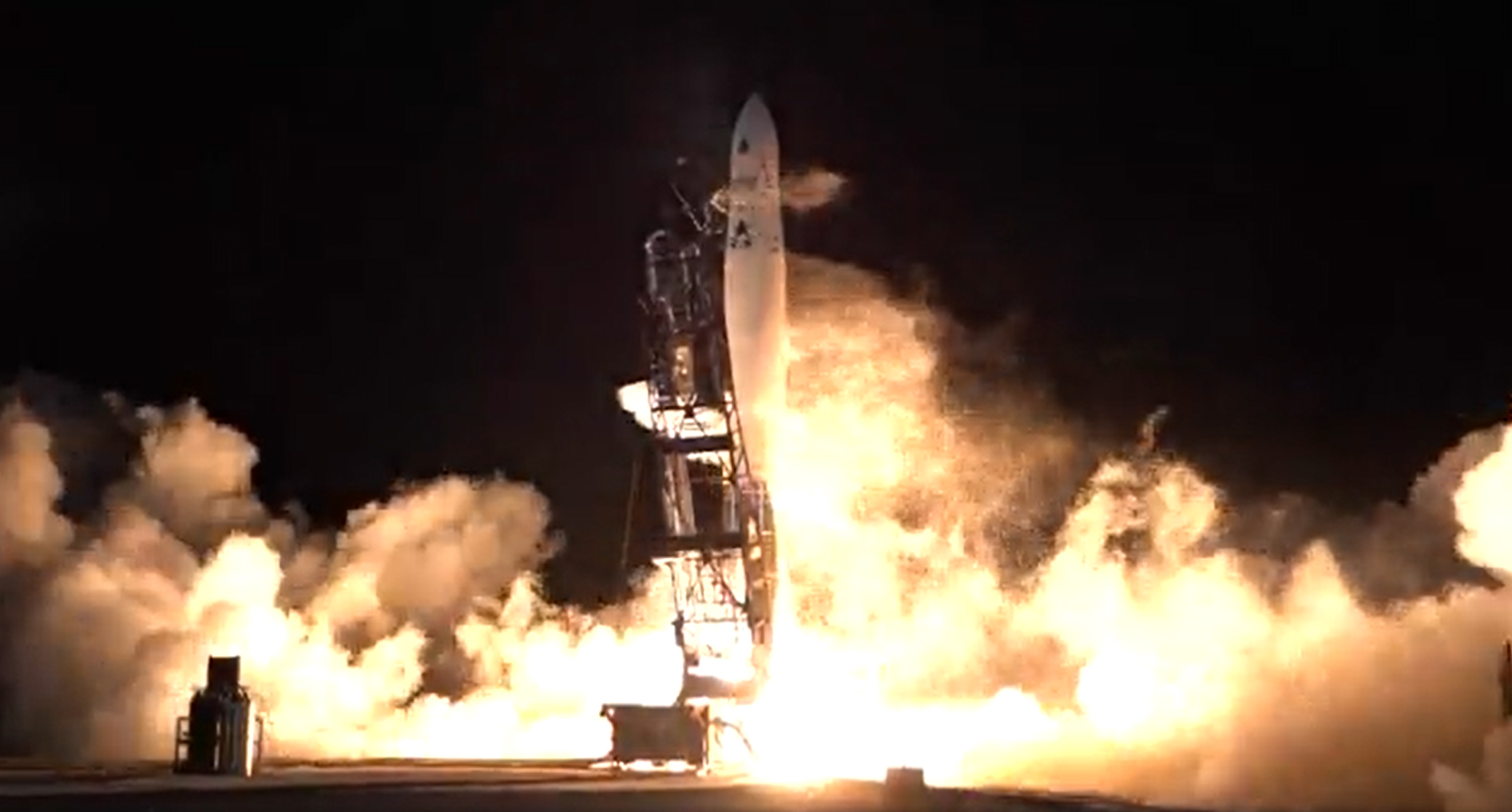 Astra’s Launch Vehicle 0007 (LV0007) lifts off on a test flight from the Pacific Spaceport Complex in Alaska on Nov. 20, 2021. The rocket reached orbit, a first for Astra.
(Image credit: Astra)

The Space Coast is welcoming another rocket to its shores.

“This historic launch site has been prepared for a new commercial launch partner in less than [a] year, which is a tremendous milestone for our combined team and illustrates how SLD 45 sets the pace for access to space,” Brig. Gen. Stephen Purdy, commander of the U.S. Space Force’s Space Launch Delta 45, said in an Astra statement.

“SLD 45, Space Florida and Astra have moved at a rapid speed to demonstrate critical and responsive launch capabilities,” added Purdy, who directs the Eastern Range, the organization that oversees launches from the U.S. East Coast. “We are excited to welcome Astra to Cape Canaveral Space Force Station.”

Astra did not provide further details about the upcoming flight. However, it could be

ELaNa 41, which will loft five tiny cubesats manifested via NASA’s Educational Launch of Nanosatellites program. Astra holds a contract to launch that mission, whose liftoff has been targeted for the late 2021/early 2022 timeframe.

Astra builds cost-effective, responsive and ever-evolving rockets designed to give small satellites dedicated rides to space. The company, which is based in California’s Bay Area, reached orbit for the first time last month during a test flight for the U.S. military.

That mission, and the three other orbital test flights Astra has launched to date, lifted off from the Pacific Spaceport Complex on Alaska’s Kodiak Island. But the company has long planned to expand its launch operations to multiple sites around the world.

For example, Astra holds a contract to launch NASA’s TROPICS (Time-Resolved Observations of Precipitation Structure and Storm Intensity with a Constellation of Smallsats) mission. TROPICS will study hurricane formation and evolution using six cubesats, which Astra will launch over the course of three missions next year from Kwajalein Atoll in the South Pacific.

Michael Wall is a Senior Space Writer with Space.com and joined the team in 2010. He primarily covers exoplanets, spaceflight and military space, but has been known to dabble in the space art beat. His book about the search for alien life, “Out There,” was published on Nov. 13, 2018. Before becoming a science writer, Michael worked as a herpetologist and wildlife biologist. He has a Ph.D. in evolutionary biology from the University of Sydney, Australia, a bachelor’s degree from the University of Arizona, and a graduate certificate in science writing from the University of California, Santa Cruz. To find out what his latest project is, you can follow Michael on Twitter.