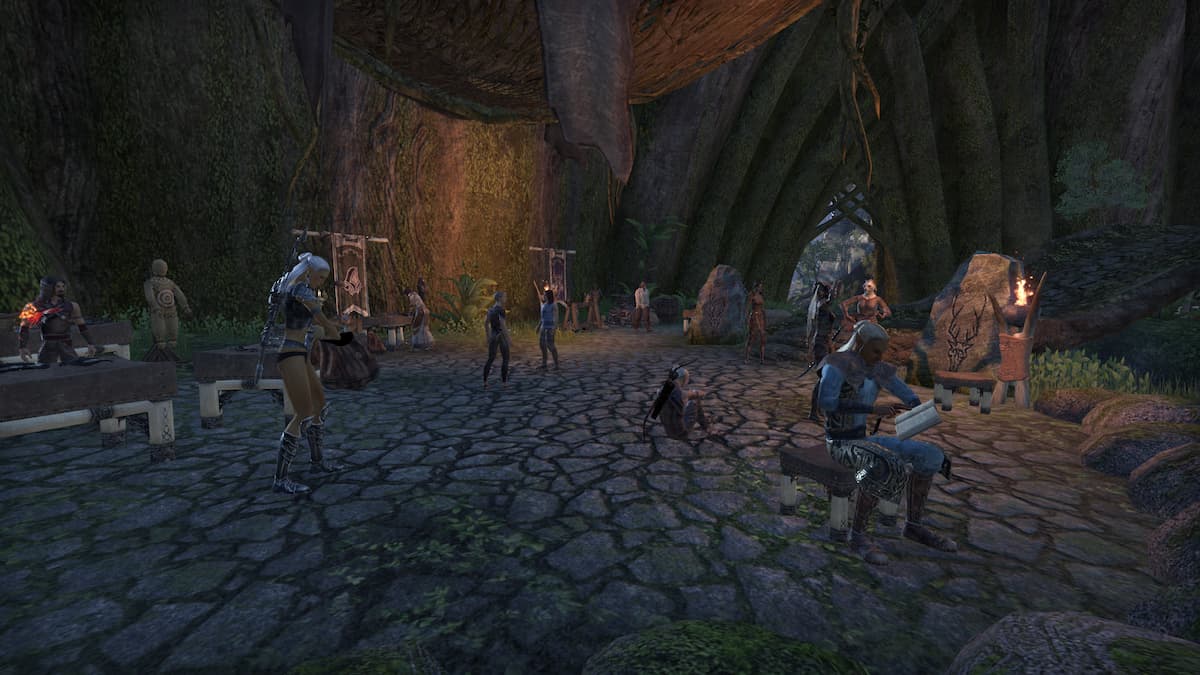 In Elder Scrolls Online, you can be whatever high-fantasy fictional character you want. A thieving Khajiit, a Bosmer who doesn’t adhere to the Green Pact, or an Argonian who is afraid of water. Role playing preferences aside, however, choosing your race does carry actual stat benefits, which can influence how proficient you are at your role. Many beginners overlook this, so here’s a list of the best race choices in Elder Scrolls Online.

Before we get into it, understand that races do not necessarily align perfectly with certain classes. Instead, you should view racial passives as a guideline towards what role you should lean towards. As an example, Altmer racial passives boost spell and weapon damage, but also feature passives that boost Magicka stats. Use the racial passives to choose your role, instead of your class — Tank, Healer, Magicka DPS, and Stamina DPS.

Here’s a list of all the races, their passives (at max rank) and what role they’re best suited for:

Proud and more than a little snobby, the Altmer fight to establish their supremacy and dominance over others, as their High Elf ancestry wills. They excel as Magicka DPS or Healers.

Argonians are the masters of the swamp. Used to fighting off encroaching forces, they tend to specialize in healing and resistances. As such, they should focus in on being either Healers or Tanks.

Bretons were once enslaved by the Altmer once upon a time, and so elven blood still courses through their veins, giving them heightened magical abilities, allowing them to function best as either Healers or Magicka DPS.

The Wood Elves of the Valenwood adhere to something known as the Green Pact, mandating that no plantlife be harmed in exchange for the blessing of the Forest god. They defend their home with nimble reflexes and keen intuition, and are most proficient as Stamina DPS.

The Dark Elves of Morrowind are known to be fearsome sorcerers, having used their innate magical talent to drive away invading Nords many times in the past. They excel at DPS roles of both Stamina and Magicka varieties.

Stop right there criminal scum, because this unique Race is only obtainable via DLC. Imperials passives allow them to shine the most as Tanks and Stamina DPS.

Khajiit are strong prairie dwellers, whose culture revolves around the worship of the moons and their phase shifts. The waning and waxing of the Two Moons resembles their multi-faceted capabilities as Stamina and Magicka DPS.

Hailing from the icy reaches of Skyrim, Nords are hardy and tough battlemasters, quick to jump into conflict and drown out the pain with jugs of mead. Their nature allows them to specialize as Tanks.

Master warriors, fearless combatants, and unparalleled blacksmiths and armorers, Orcs are frightening to come across in combat. Their aggressive upbringings allow them to shine as the best choice for Stamina DPS and a solid choice for tanks.

Redguards are a nomadic desert race, hailing from a lost land. They value honor in all of its forms, and also harbor a dislike for magical entities, allowing them to shine as Stamina DPS.