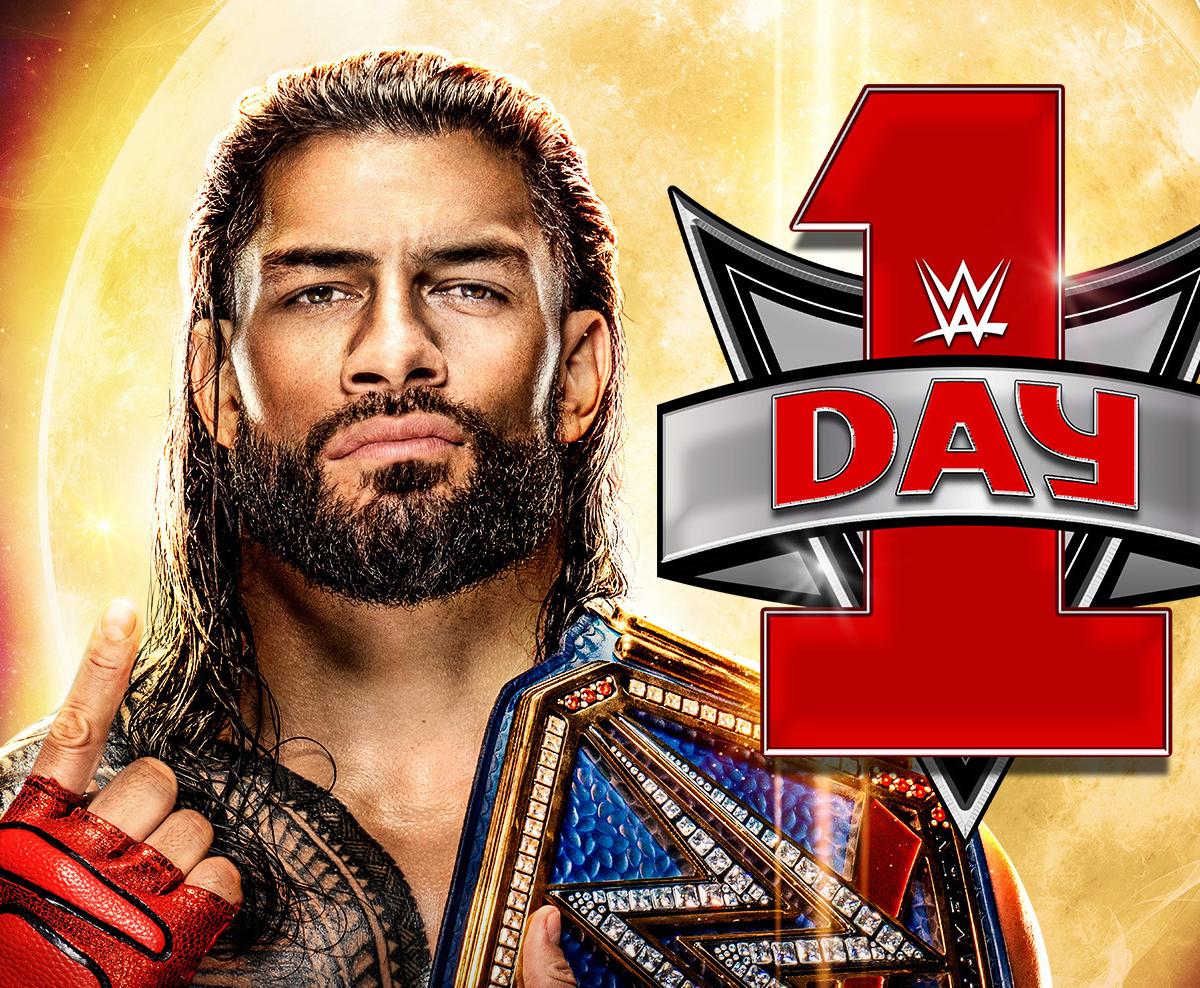 Was WWE Day 1 a great start to 2022 or another sign that this year will be nothing but the same?

This event had all the potential to be a game-changer even before the lineup saw changes. With Brock Lesnar moving into the WWE Championship picture instead of facing Roman Reigns, the possibilities were there for some major talking points and a lot of buzz to come out of this pay-per-view.

Now that the event’s finished, let’s look back and run down some of the biggest takeaways from WWE Day One 2022.

This was the original lineup before Roman Reigns tested positive for COVID-19.Credit: Twitter @WWEonFox

The kickoff saw a few hiccups for this show, giving it a start that was more problematic than planned.

First and most importantly was the announcement of pulling Reigns from the card. While that story broke prior to the pre-show, many fans likely didn’t know about it until tuning in and hearing Kayla Braxton speak on the issue.

During a promo, King Xavier Woods found himself tongue-tied while talking about how he and Sir Kofi Kingston would win the SmackDown tag titles later on. A mild slip-up, but another flub nevertheless.

That led to the opening match, wherein Ridge Holland suffered a broken nose. Suddenly, the segment turned into an impromptu handicap match with Sheamus fighting Cesaro and Ricochet on his own, throwing everything off.

All parties adjusted as well as they could, given the circumstances, but that certainly wasn’t the good omen of a first hour WWE had hoped for.

Every time The Usos and The New Day step in a ring, they tear the house down. Every single time.

Few Superstars can wrestle multiple matches and keep things interesting. Normally, they’ve exhausted all their chemistry by the second or third match at best. But these two teams have fought dozens of times and continue to elicit “this is awesome” chants.

Their accolades speak for themselves. Both have held the tag titles numerous times, with The New Day in particular breaking most records. But to be great on paper is one thing and to consistently prove it in the ring is another.

This was a great opener despite how many times we’ve seen it before. They simply went out, had another great match and set the bar for everything to follow.

Bonus points for The Usos winning with a new finisher—the 3D (or, as it will be renamed for them, the 1D). That was unexpected and with The Dudley Boyz not in WWE, they’re arguably the best tag team to take that finisher for themselves going forward.

It shouldn’t be surprising at all to hear that Migos played no role in the pay-per-view whatsoever. That’s typical of WWE in that the celebrities are normally there for no reason other than to try to lend some mainstream media credibility to the company as a whole.

This is nothing new. Look back at events decades ago and you’ll see the same thing. It’s actually rare someone does something special, makes an impact on the show and serves much of a purpose.

Normally, at least the musicians put on a performance of sorts. Even that didn’t happen here. Migos simply talked about how excited they were to be at the show, came out with RK-Bro, sat ringside and posed after the match.

What’s the takeaway? Clearly, WWE figured having some Atlanta celebrities on the show would get some media coverage, maybe convince people WWE was a hotter ticket in pop culture right now than it is, and nothing more. IE, this is another thing that hasn’t changed with the start of a new year.

It’s a shame WWE didn’t figure out something more for them to do to justify their involvement.

It’s hard to find a more likable act than The Street Profits, as Montez Ford and Angelo Dawkins have a natural chemistry to get cheered. They’re cool, seem like guys you’d want to hang out with and are super talented, too.

But the way they worked opposite RK-Bro in the Raw Tag Team Championship match proved they actually have a heel run in them, surprisingly.

Even though both teams started and ended full-blown babyface, one duo was going to have to work more of a heel fashion by default just so the match dynamics worked. Quickly, The Street Profits showed it would be them, taunting the champions, doing push-ups and acting very cocky.

Somehow, it felt natural. In particular, Ford looked to be having fun being a bit of the bad guy, relishing in how he could be a different side of confident and more boastful.

They shook hands following their loss, but this could go a long way in future plans, as any time WWE wants to switch things up, we could be looking for a heel turn for The Street Profits.

Heading into this show, it was safe to say Beth Phoenix might get involved in this feud to be by Edge’s side to offset Maryse backing up The Miz. That wasn’t necessarily a given for this particular match, though, so it was surprising to see The Glamazon show up.

Once she did and the crowd ate it up, that should be confirmation WWE needs to follow this up with a mixed tag team match.

Whether it takes place on Monday Night Raw or Royal Rumble, the Hall of Famers against Miz and Mrs. is too good to pass up. Phoenix looks motivated and hungry for a match, Maryse deserves to get her comeuppance for interfering so much and it would be great to see what these two married couples can do opposite the ring.

Liv Morgan lost her first title match against Becky Lynch because the champion cheated by grabbing a rope. This caused Morgan to rightfully complain that Lynch couldn’t beat her clean, setting up a rematch.

Unfortunately, the way this second title opportunity went down, a botch at the last second has reframed this story.

After an awkward catch and slam, The Man went for a pin and was successful. But she was clearly meant to put her foot on the ropes to give her leverage and was just shy of reaching it.

It’s bad enough WWE wanted to simply repeat the same match outcome as before. WWE programming has far too much copy and paste booking as it is. But at least then, Morgan could have retained some of her credibility.

Not reaching the ropes means Lynch’s pin was clean and valid. She legitimately beat Morgan. No questions. No debates. There can be no excuses from Morgan about how she would have won if Lynch didn’t cheat.

WWE could try to spin this as Lynch trying to cheat being the same as cheating, but it won’t register the same.

There are two talking points to come out of the WWE Championship Fatal 5-Way match.

First is about the match itself, which was an adrenaline rush. From the very moment the bell rang, this was on fire. Not a second went by that didn’t feel packed with energy, which kept the audience on their toes.

Brock Lesnar was the focal point, as expected. In any match he participates, it revolves around him, since he’s one of the biggest threats and most accomplished WWE Superstars in history. Since most of his opponents focused on him and he was still dominating, that story was told rather well.

This was a great match, even if the outcome might be disappointing for those who wanted someone else to win.

But that brings on another point about what’s to come next.

Whether it was WWE’s intention to head in this direction or not, it seems there’s a path forming on the Road to WrestleMania 38 based on this outcome.

Lesnar and Reigns are due for a rematch. Both will be holding titles. Drew McIntyre has been held off from fighting Reigns and was one of the top potential picks to win the Royal Rumble.

Either The Scottish Warrior wins that and burns his title shot at Elimination Chamber, Super ShowDown or another event or episode of television prior to WrestleMania to get that out of the way entirely, or he’s joining Lesnar and Reigns in a Triple Threat match with both titles on the line.

We’re looking at a repeat of Charlotte Flair, Ronda Rousey and Becky Lynch from WrestleMania 35, but with some tweaks.

Anthony Mango is the owner of the wrestling website Smark Out Moment and the host of the podcast show Smack Talk on YouTube, iTunes and Stitcher. You can follow him on Facebook and elsewhere for more.