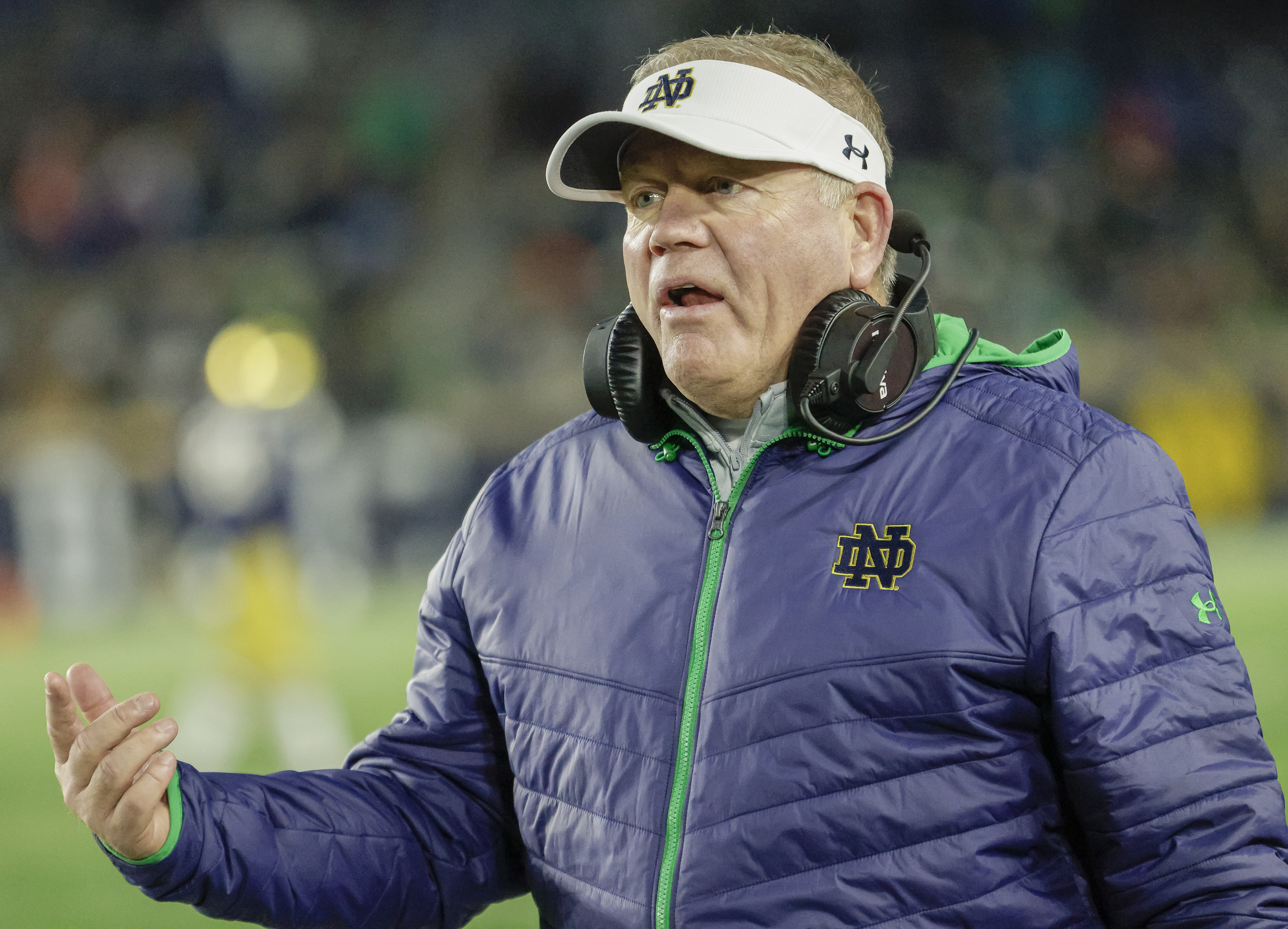 LSU stunned the college football world when it announced the hiring of former Notre Dame head coach Brian Kelly to a 10-year, $95 million contract that will also include incentives.

Kelly is already setting his sights on a national championship, something he was unable to secure during his time at Notre Dame.

“The expectation for me was to be a legitimate contender for championships,” he said during a video introducing him as the new LSU head coach, per Pete Sampson of The Athletic.

A little reading between the lines of that quote could suggest Kelly believes the ceiling is higher with the Tigers than the Fighting Irish.

Winning plenty of games was never the problem for Kelly at Notre Dame. In fact, his teams won double-digit games in each of the past five years counting the current season and reached the College Football Playoff during the 2018 and 2020 campaigns.

The issue is what happened once the program reached the CFP with blowout losses to Clemson and Alabama that hinted at its ceiling when it came to competing against the top-notch programs in the country.

LSU has not been nearly as consistent from a record basis with just two seasons of double-digit wins in the past eight years, but the height of its ceiling was on full display during a 15-0 season in 2019 that saw the Tigers take home the national title with players such as Joe Burrow, Ja’Marr Chase, Justin Jefferson and Clyde Edwards-Helaire leading the way.

Those championship expectations also dial up the pressure for whoever is in charge with the Tigers, as Ed Orgeron is no longer the head coach just two years removed from that national title.

Kelly has consistently delivered during a coaching career that includes stops with Central Michigan and Cincinnati as well. His overall record is 166-62, and he went 113-40 during 12 seasons with the Fighting Irish.

He is not shying away from expectations as he enters an SEC that will include Alabama, Georgia, Oklahoma, Texas and Texas A&M, among others, in the near future.