Do Antidepressants Change Your Personality? 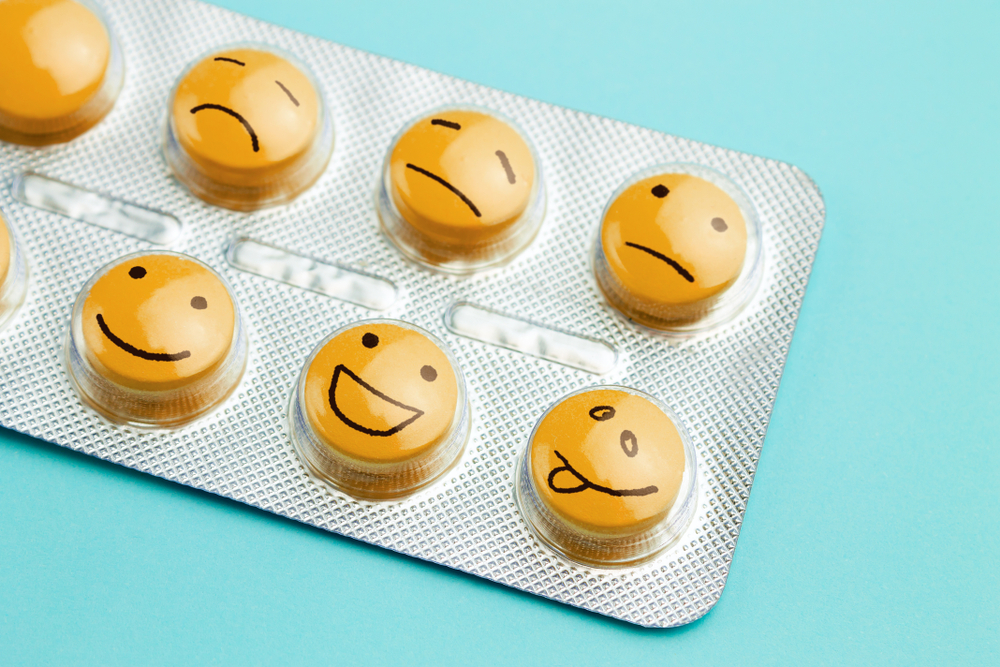 Whenever I recommend an antidepressant to a patient, I gird myself for the typical protests:

“Will it change my personality?”

“Will I lose the ability to feel joy?”

The short answer is “no.” The long answer, though, is more complicated. In my quarter-century as a clinical psychiatrist, I’ve become an expert at reassuring my clients that they’ll still be themselves while they’re taking antidepressants, albeit with less suffering. But I recently took a deeper look into their concerns, and what I found was like peeling away
the layers of an onion.

Peeling the Onion After 35 years of studying selective serotonin reuptake inhibitors, or SSRIs, such as Fluoxetine (Prozac), there is little that we don’t know about them. Together with serotonin-norepinephrine reuptake inhibitors (SNRIs), such as Cymbalta, they remain the most widely prescribed antidepressants. According to a CDC report, 13.2 percent of American adults said they used antidepressants — mostly SSRIs and SNRIs — in the previous 30 days.

SSRI and SNRSs come with a bevy of side effects — the outermost layer of the onion. My patient Carol, a musician in her early twenties, was struggling with depression amidst turmoil in her career and relationships. After taking an SSRI for several months, she noted, “I was no longer sad…but unable to feel happiness or joy.” Carol realized it was also hard to feel empathy. “I could see that something bad was happening, but I didn’t have a reaction,” she said.

Sometimes antidepressants can lead patients to feel “numb” or experience a temporary
increase in negative emotions like irritability. These side effects either get better or tend to go away when the medication is withdrawn, so I feel justified in reassuring clients that these are not enduring alterations in disposition.

Certain changes can occur when antidepressants simply do their job — the onion’s middle layer. For some of my patients who take antidepressants for relief from their sadness or compulsions, they actually feel a loss when their symptoms abate. “What changes personality more than anything else is depression,” says Scott Aaronson, director of clinical research at Sheppard Pratt Hospital in Baltimore. But when patients have their depressions
resolved, they may find themselves with altered expectations.

Aaronson recalls treating a patient who developed severe depression and suicidal intentions in midlife. After a few months on an SSRI, she announced that she was irate…because she was actually feeling better. “The antidepressant took away her suicidal compulsion…and she wasn’t sure how she was going to live her life since her suicide plan had gone awry,” says Aaronson. While some may argue that this isn’t a true personality change, this patient nevertheless experienced an altered sense of self.

Positive Personality Change The most hotly debated layer of personality change is actually positive: Can SSRIs
actually lead to enduring, beneficial character alterations? The idea that SSRIs could accomplish this dates back to 1993, with psychiatrist Peter Kramer’s landmark book, Listening to Prozac. Kramer gives many anecdotes of patients who, when given Prozac, end up faring “better than well.” Not only do their depression symptoms abate, but they experience higher self-esteem and great social ease for the first time in their lives.

“There’s been a misconception that our personalities don’t and can’t change over time,”
says Brent Roberts, a personality research psychologist and professor of psychology at the University of Illinois at Urbana-Champaign. “People change a lot over the life course…not in any given year or any given moment, but gradually.” With interventions like SSRIs, the changes can sometimes be more rapid, he adds.

Read more: Scientists Once Thought Personality Was Set in Stone. They Were Wrong

There are many traits that unite to form a personality, but researchers have tended to focus on two: “Neuroticism”, which refers to a tendency to experience negative emotions and is strongly related to rejection sensitivity and emotional instability, and “extroversion”, which refers to socially outgoing behavior and is associated with positive emotions.

Parsing out the relationship between antidepressants and positive personality change —especially in research terms — is a bit like reading a mystery novel with many twists and turns. Except here, there is no satisfying ending. An important 2009 study considered
both neuroticism and low extroversion to be risk factors for depression. The authors studied the effects of the SSRI paroxetine, commonly known as Paxil, in 240 adults with major depression in a placebo-controlled trial and concluded that “paroxetine appears
to have a specific effect on personality that is distinct from its effect on depression.”

My patient John, a 21-year-old college student, exemplifies this evolution into extroversion.
A self-described introvert, John suffered from social anxiety for much of his teen life. But after two months on the antidepressant sertraline (Zoloft), he changed. “I became more comfortable with myself and it was easier to interact…like a part of me had been dormant and was now switched on,” he reported.

But in 2012, the pendulum swung again with a study that examined depressed patients over the course of five years. The conclusion: It was the improvement in anxiety and depression directly that altered the personality traits of neuroticism and extroversion. Seen in a different light, it’s possible that John’s extraversion could  be — at least in part — simply a result of a reduction in anxiety.

To weigh in on the debate, Roberts undertook an ambitious review of the literature regarding personality change and therapeutic intervention, which included different types of therapy, as well as medication. Published in 2017, his review examined 207 studies, 81 of which involved antidepressants. The upshot: People can and do become more emotionally stable with intervention, including antidepressants, but the effects are small. However, in some of the studies, the personality improvements persisted even after the medication was
withdrawn.

So what did scientists ultimately conclude? The jury is still out. Side effects and altered
expectations aside, some who take antidepressants may experience not only symptom relief, but enduring beneficial character change. For these patients, it is clearly worth it.