A Chinese surgeon extracted 800 ml of urine from the blocked bladder of an elderly man during a mid-flight emergency.

A Chinese doctor had to think on his feet when a passenger on his flight suffered a medical emergency.

The doctor, who was flying from Guangzhou to New York on China Southern Airlines Flight 399, was still six hours away from his destination when he sprung into action.

The ill passenger was sweating and had a swollen belly, Zhang said. The man’s family had also informed cabin crew that the traveler was previously diagnosed with an enlarged prostate, which Zhang suspected was causing a blockage, according to China News.

“He was going into shock and may have suffered a risk to his life if we didn’t tend to him urgently,” the doctor was quoted saying.

Flight attendants set up blankets on the floor in an area towards the back of the plane for the passenger.

Meanwhile, Zhang and another physician on board — Xiao Zhanxiang from Hainan Provincial People’s Hospital in Haikou — reportedly fashioned a makeshift catheter out of plastic tubing from an oxygen mask, straws from milk cartons, tape, and a syringe from the aircraft’s medical kit.

However, the needle on the device was too small to drain the urine. After experiencing difficulties in easing the pressure on the passenger’s bladder, Zhang stepped up to suck out the urine himself.

The doctor then spent 37 minutes draining approximately 800 milliliters of urine from the man’s blocked bladder, China’s The Paper reported.

Footage of the life-saving act also showed Zhang spitting into an empty wine bottle as he siphoned the urine using his mouth.

“It was an emergency situation. I couldn’t figure out another way,” Zhang was quoted saying.

According to South China Morning Post, the passenger was told to lay down for another half an hour after the procedure. He was reportedly examined by another physician upon landing.

To get our top stories delivered to your inbox, sign up for the Healthy Living newsletter

This Story Originally Appeared On People

END_OF_DOCUMENT_TOKEN_TO_BE_REPLACED 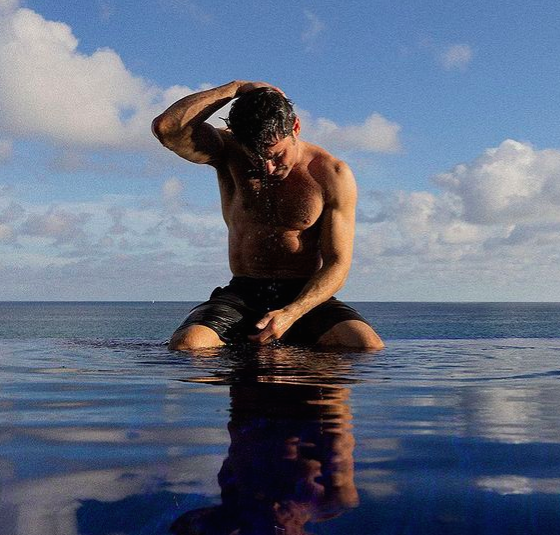 Zac Efron’s most recent Instagram post is an artful thirst trap that has got his followers in a frenzy. As…