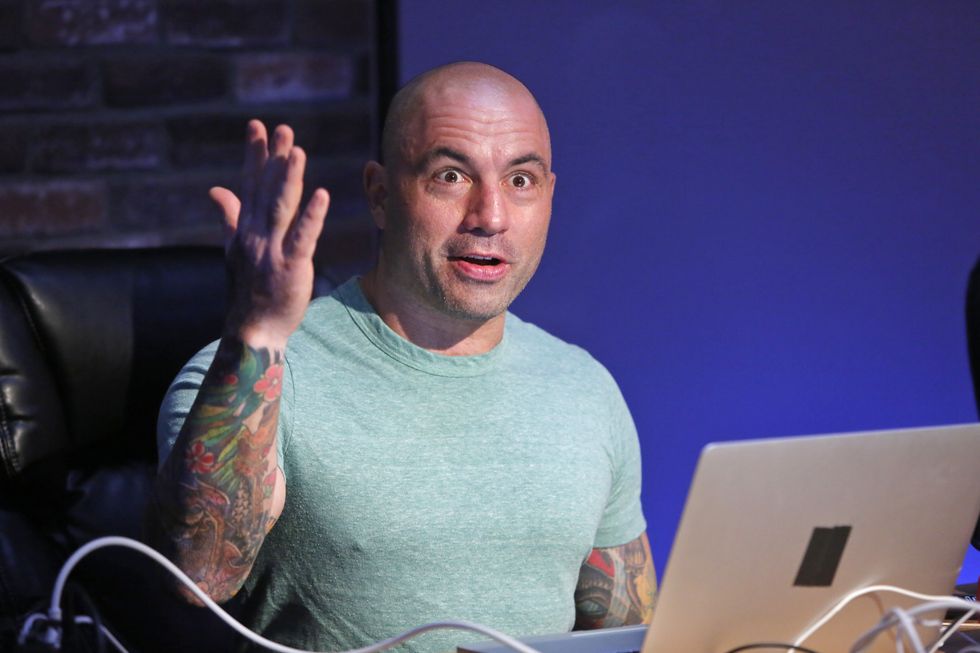 Joe Rogan has a habit of spreading misinformation. The 54-year-old podcaster has persistently sown doubt about the coronavirus vaccine, arguing “healthy” people like him don’t need it. Once he did contract the virus, he endorsed a dog’s breakfast of unproven treatments. His disregard for the facts earned him corrections from Dr. Anthony Fauci and other experts, and Rogan responded in part by reminding listeners that he’s “a moron.”

Rogan’s just-asking-questions schtick might be less disturbing were he not one of the most popular podcasters on the planet. Rogan has millions of listeners (though it’s possible his influence is waning), and he’s paid handsomely by his bosses at Spotify to do what he does best. Now, a group of scientists is asking the audio giant to establish clearer guidelines.

As noted by Rolling Stone, 270 physicians and scientists penned an open letter detailing how Rogan “has repeatedly spread misleading and false claims on his podcast, provoking distrust in science and medicine.” The letter goes on to detail those claims, including his discouraging young people from getting the vaccine and his promotion of ivermectin as a treatment. It also points to a recent episode featuring a doctor who’d been banned from Twitter for promoting COVID-19 misinformation, and who compared pandemic policies to the Holocaust.

To be clear, the letter doesn’t ask for Spotify to specifically take action against Rogan—it asks that the company “immediately establish a clear and public policy to moderate misinformation on its platform.” That’s a common feature of large social platforms, from Facebook to Twitter to YouTube. And, as Rolling Stone notes, Spotify has removed Rogan episodes containing COVID-19 misinformation before. What the letter writers are asking for, then, is that the audio company make clear just how much leeway for spreading bad information it’s willing to give one of its most popular, well-paid talents.

Jesse Hicks
Jesse Hicks is a Detroit-based writer and former features editor at The Verge who specializes in longform stories about science, health, and technology.