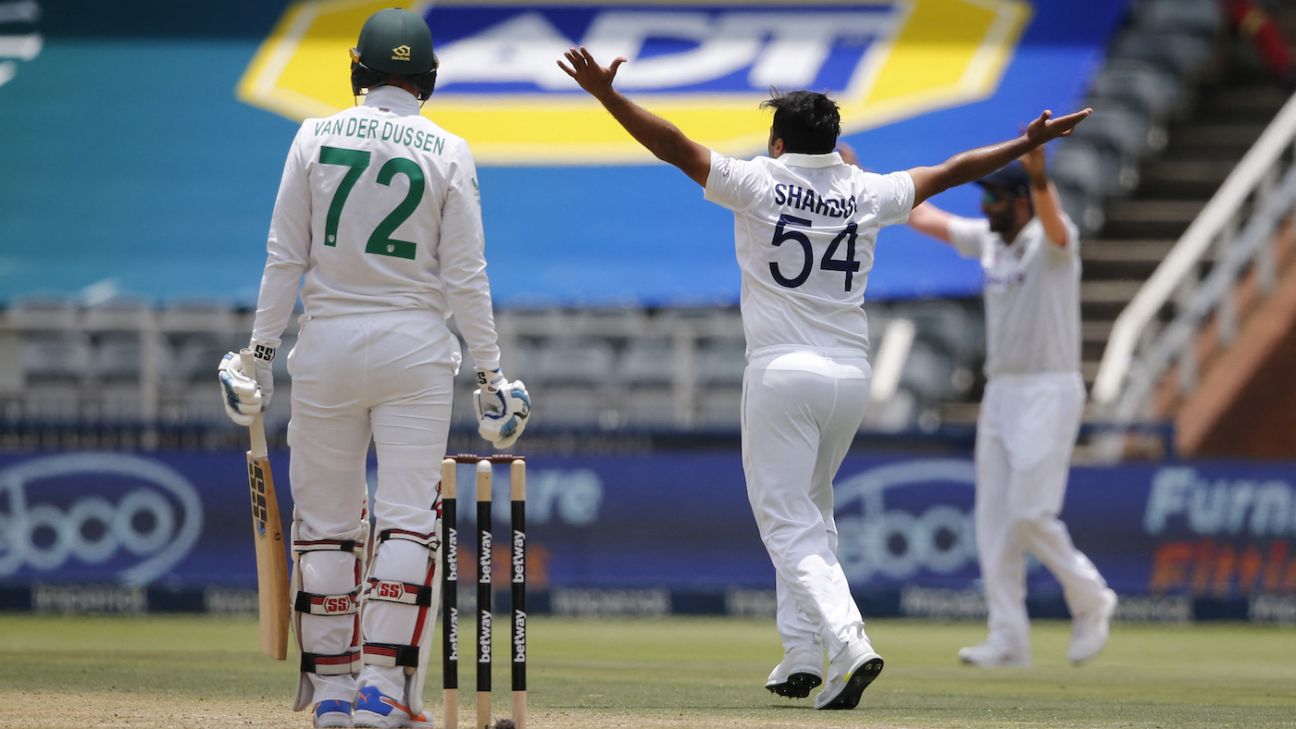 The batter had been given out caught behind off Shardul Thakur, off an inside-edge on to his pad and then behind the stumps to wicketkeeper Rishabh Pant, off what turned out to be the last ball before lunch. Marais Erasmus, the umpire, had no hesitation in giving the batter out and van der Dussen did not ask for a review – having edged the ball, he did not turn around to see whether the ball had carried. Instead he walked, though even as the Indians celebrated and lunch was called, replays began to cast doubts at least on the certainty of Erasmus’ decision as to whether the ball had carried to Pant or not.

ESPNcricinfo has learnt that Elgar and Masubelele wanted to discuss the dismissal with Erasmus and Allahudien Palekar, the on-field umpires, third umpire Adrian Holdstock, and match referee Andy Pycroft. It isn’t clear what the South Africans were seeking from the officials, other than perhaps a clarification on the dismissal.

Multiple replays from a couple of angles were inconclusive. Given the protocol on such catches requires conclusive evidence for an on-field decision to be overturned, it suggests the on-field decision would have remained. Law 2.12, on any reversal of an umpiring decision states: “An umpire may alter any decision provided that such alteration is made promptly. This apart, an umpire’s decision, once made, is final.” The law does not provide clarification over the duration of time that is considered “prompt”.

The wicket capped a remarkable half-hour of work from Thakur, who picked up three wickets to reduce South Africa from 88 for 1 to 102 for 4 before lunch. Thakur eventually finished with a seven-wicket haul as South Africa were bowled out for 229 but not before taking a 27-run first-innings lead.

At the end-of-day press conference, batter Keegan Petersen would not be drawn into a conversation on the dismissal. “I don’t really want to comment on that. That’s the umpire’s decision. I think we’re in the game and we just have to take the decisions, no matter what we think,” he said. “Some are going to go your way, some aren’t.”