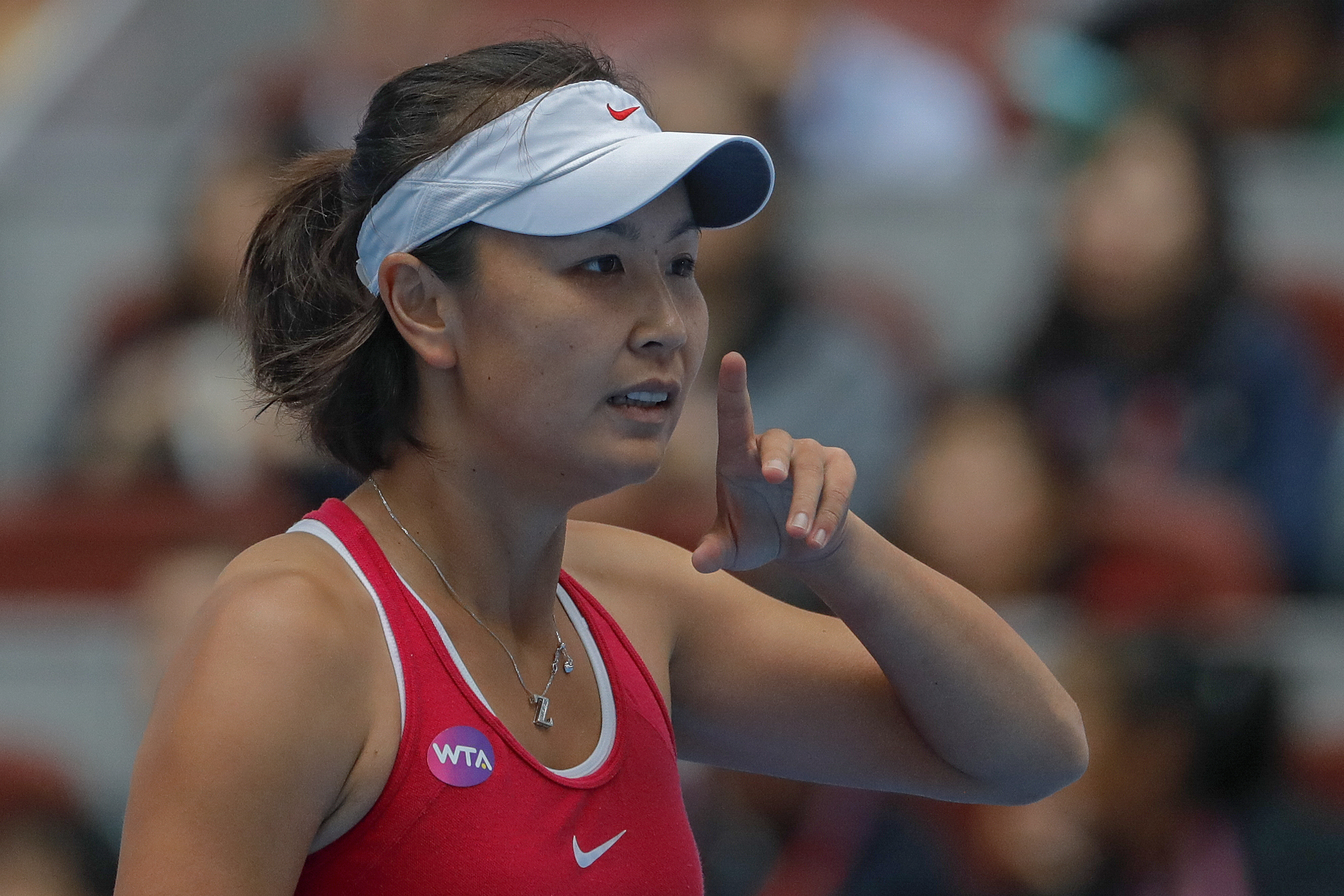 In a statement (h/t the Associated Press), the EU said it is requesting the Chinese government provide “verifiable proof of Peng Shuai’s safety, well-being and whereabouts.”

The statement also urged authorities in China to “conduct a full, fair and transparent investigation” into Shuai’s allegations of sexual assault against Zhang Gaoli, former Chinese vice premier and high-ranking member of the Chinese Communist Party.

Per Nectar Gan and Yong Xiong of CNN.com, Peng made the accusation against Gaoli earlier this month in a since-deleted post through her verified Weibo account.

“Why did you have to come back to me, took me to your home to force me to have sex with you? Yes, I did not have any evidence, and it was simply impossible to have evidence,” she wrote in the post.

Following the allegation, Peng has dropped out of public view. ESPN.com, citing photographs released by the organizer of a youth tournament in Beijing, appeared at the event on Nov. 21.

A separate video released the previous day on Weibo appeared to show Peng at a restaurant, but WTA CEO Steve Simon questioned her freedom in the aftermath of the video being uploaded.

“While it is positive to see her, it remains unclear if she is free and able to make decisions and take actions on her own, without coercion or external interference,” Simon said, via ESPN.com.

“I was relieved to see that Peng Shuai was doing fine, which was our main concern. She appeared to be relaxed. I offered her our support and to stay in touch at any time of her convenience, which she obviously appreciated,” said Emma Terho, chair of the IOC Athletes’ Commission.

Peng turned pro in 2001. She won doubles titles at Wimbledon in 2013 and the French Open in 2014 with Hsieh Su-wei. The 35-year-old became the first Chinese tennis player to reach No. 1 in the world rankings, accomplishing the feat in 2014 in doubles.

She participated in three consecutive Olympics from 2008-16 in singles and doubles.