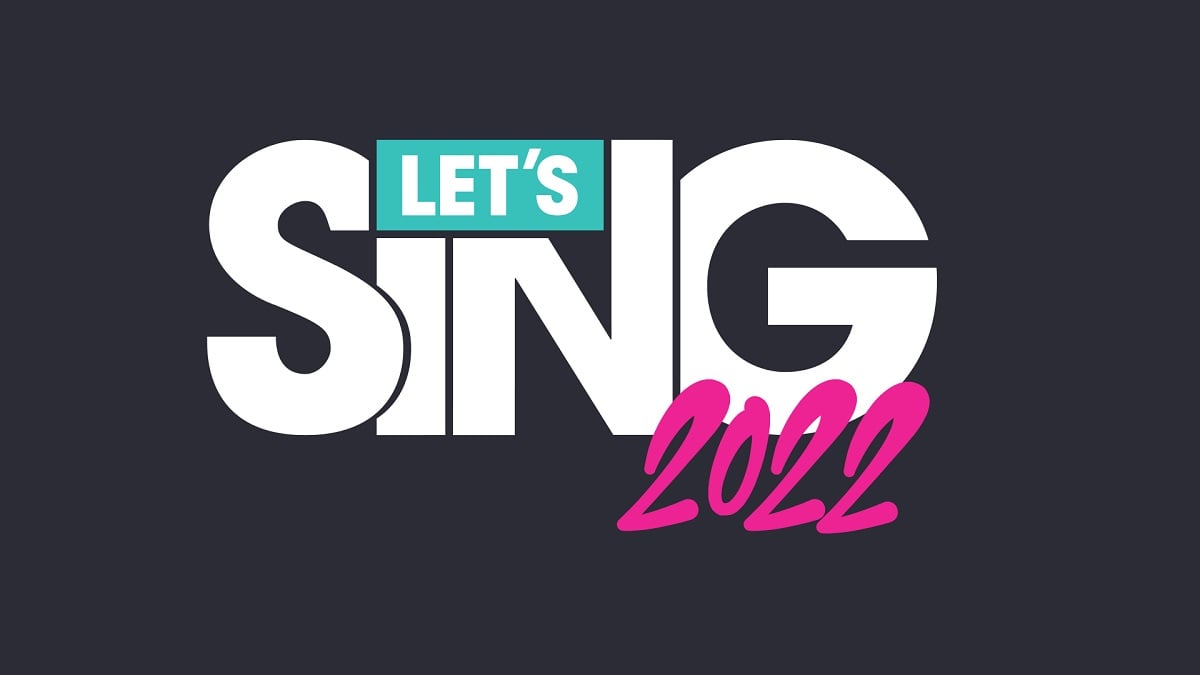 Singstar is dead, and the Let’s Sing series has taken its place on the podium of karaoke games for better or for worse. To give you TLDR on Let’s Sing 2022, it’s for the worse as it lacks features that we’d expect from even a mobile karaoke experience, let alone a console title. Are the new modes and song list worth a purchase, however? Read on.

Let’s Sing 2022 provides 30 songs from different eras and genres of music. You have the holiday classic “Last Christmas” by Wham and Amy Winehouse’s “Back To Black,” and Aladdin‘s “A Whole New World” among the mix. Modern hits like Billie Ellish’s “Everything I Wanted” and Bruno Mars’ “Leave the Door Open” are in the game as well. It’s an amalgamation of songs that don’t really click well together. With so much contrast, it’s unlikely you’ll know all the songs and will only be able to sing just a handful.

It lacks classic tunes from well-known artists like Queen, ABBA, Whitney Houston, Michael Jackson, and The Spice Girls that are synonymous with the karaoke scene, which makes this game less likely to be a hit with all of the family around the holidays. Some of the tracks also feel like they’d fit better in a Just Dance game more than a title called Let’s Sing, such as Joel Corry X MNEK’s “Head & Heart,” and Calvin Harris’ “Giant.” What makes it worse is that songs like “All Star” from Smash Mouth, Vanessa Carlton’s “A Thousand Miles,” and Wham’s “Wake Me Up Before You Go-Go” are trapped behind separate DLC song packs from day one.

Keep in mind that you’ll need to download free extra content from the PlayStation Store to get the full song list. It’s not all on the disc, which may be frustrating to some. We had issues getting this to work on the PS5 version as it didn’t recognize the DLC. In this instance, use the PS4 format of this game instead.

With the mediocre song list in mind. Let’s Sing 2022 does make karaoke extremely accessible. Everyone has a phone, and this game’s dedicated app lets you use it as a controller for the game. In addition, you can use a USB microphone you have lying around from Rock Band, streaming set up or podcast. We tried using a headset connected to the headphone jack but it didn’t catch voices well enough. You can have up to eight people singing at the same time.

Once you have a device plugged in, the game does a great job of picking up your voice. We do recommend setting your TV to game mode to get the best response time if you decide to pick up Let’s Sing 2022.

In addition to its classic mode, there are a few other options available. Mixtape has you score the most points across five different snippets of songs. The one that hits 20 points first wins. The concept is fun, but the mediocre songlist draws its head again as you may not know all the tracks. It would have been nice to create your own mixtape to stop this frustration. Legend has you taking on challenges from multiple characters of the game. It will give you snippets of the tracks and will have you finishing tasks like getting five gold stars in the one-minute cut. It wasn’t very engaging as it doesn’t reward you well for your progression. In addition, you may not know the songs that the game asks you to complete.

Another aspect of Let’s Sing 2022 is its lacking online capability. SingStar (rest in peace) and even mobile apps like StarMaker allow you to share your performances with other players. Just Dance lets you capture a snippet of your dances to share online as well. Let’s Sing 2022 doesn’t have a feature like that at all. Instead, you have the World Contest, which has you competing against online opponents. But it’s not live and you can’t hear the other person; it’s just a recording of the game data and the score they earned. It’s very disappointing. If Let’s Sing 2023 made the experience more competitive and interactive, it would be far more interesting.

Let’s Sing 2022 right now is not worth the money that you’ll be spending. It’s the only option in town for a console singing experience, but even if the publisher Ravenscourt has this monopoly, it should be stepping up the song list and its online functionality like sharing your performances and making singing competitive. To quote Simon Cowell, “It’s a no from me.”

Disclosure: The writer was provided a game code for review purposes.