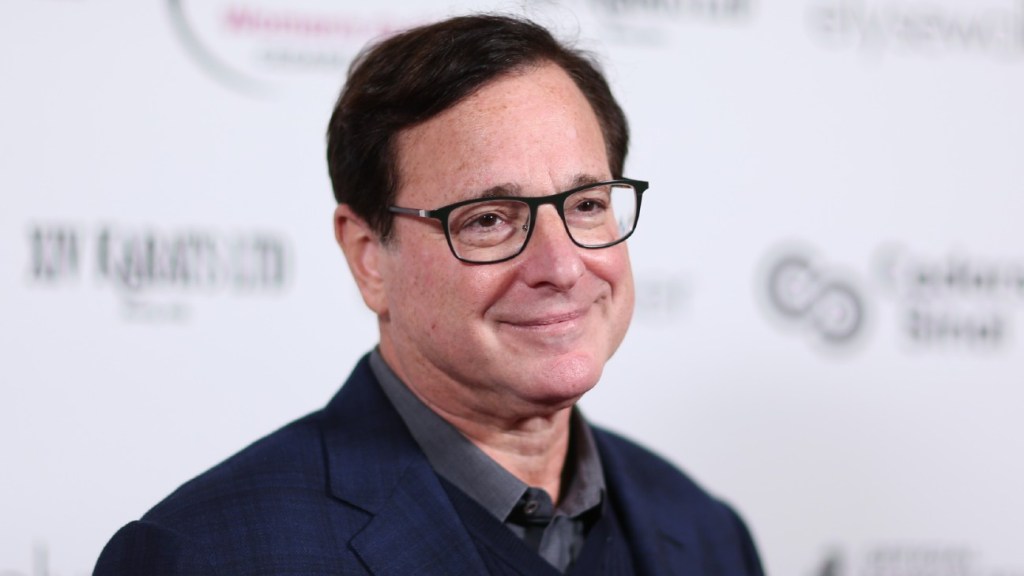 A number of Hollywood stars took to social media on Sunday to remember Bob Saget after the Full House star and comedian was found dead earlier that day. Saget was 65.

Saget was found unresponsive in a hotel room at the Ritz-Carlton Orlando, Grande Lakes and pronounced dead on the scene, the Orlando Sheriff’s Department confirmed to The Hollywood Reporter on Sunday night. Authorities have no information on the cause of death. Detectives have found no signs of foul play or drug use in this case, and the Orange County Medical Examiner will determine the cause of death.

“We are devastated to confirm that our beloved Bob passed away today,” said the Saget family in a statement to THR. “He was everything to us and we want you to know how much he loved his fans, performing live and bringing people from all walks of life together with laughter. Though we ask for privacy at this time, we invite you to join us in remembering the love and laughter that Bob brought to the world.”

The famous stand-up comedian and Philadelphia native is best known for his breakout role as Danny Tanner on ABC’s popular family sitcom Full House, which ran from fall 1987 through May 1995 and was rebooted by Netflix in 2016.

John Stamos, his friend and longtime Full House co-star, wrote simply: “I am broken. I am gutted. I am in complete and utter shock. I will never ever have another friend like him. I love you so much Bobby.”

Comedians from Norman Lear and Billy Crystal to Jon Stewart also shared their reactions to Saget’s untimely passing on Sunday. Gilbert Gottfried said he was “still in shock” upon hearing the news: “I just spoke with Bob a few days ago. We stayed on the phone as usual making each other laugh. RIP to friend, comedian & fellow Aristocrat Bob Saget.” Whoopi Goldberg wrote, “Sail on my friend Bob Saget. With your huge heart and abject lunacy.”

See what Hollywood is saying below.

I am broken. I am gutted.  I am in complete and utter shock.  I will never ever have another friend like him.  I love you so much Bobby.

I’m shocked and saddened to learn that Bob Saget is gone. A great friend and one of the funniest and sweetest people I have ever known. My love to his beautiful family.

Bob Saget was as lovely a human as he was funny. And to my mind, he was hilarious. We were close friends and I could not have loved him more. pic.twitter.com/TM8r1hzCfO

Sail on my friend Bob Saget With your huge heart and abject lunacy,my condolences to his daughters & other family

Still in shock. I just spoke with Bob a few days ago. We stayed on the phone as usual making each other laugh. RIP to friend, comedian & fellow Aristocrat Bob Saget. pic.twitter.com/TDKT8JoULq

Bob was at my house in October interviewing me for a documentary. He was sharp and dark and funny as always and we were gonna catch up over coffee when he was done editing and now I’m crying FUCK #RIPBobSaget pic.twitter.com/wgrp3cOXGE

I have always and will always love Bob Saget. https://t.co/dAlMU913Wc

Seeing this tweet from B.J. six days ago and I agree. You couldn’t find a nicer or sharper wit than Bob Saget. Shocked and devastated. 💔💔💔 https://t.co/QgiYCW5H92

I know that people lose loved ones, good people, every day. No one gets a pass. But the loss of Bob Saget hits deep. If you didn’t know him, he was kind and dear and cared about people deeply. He was the definition of “a good egg”. Too soon he leaves. #RipBobSaget

There was simply no better guy. He was the best. Sending love to the many, many, many people who are heartbroken right now. I can’t think of anyone whose memory will be more of a blessing. https://t.co/07TLLIrrMe

I don’t even know what to say about Bob Saget. I loved him and was so lucky to work with someone so funny, soulful and kind. His role on himym was a voice in the future, looking back on all of life’s complexity with a smile, and that’s how I’ll always remember him #RIPBobSaget…

We always joked we were related, my God I will miss him… https://t.co/ncnjhxcOt9

Damn it @bobsaget you left your body
I’ll forever celebrate your genius, your giant heart, and joy for life.
Thank you for helping me through the inevitable sadness of life with comedy. At least now you can hang with Rodney & Don again
Love you forever

Fuck! Saget would have wanted something tweeted that was really funny and in very bad taste. I can’t do that. I’m just so sad. Bob was just great on every level and we will all miss him. #BobSaget pic.twitter.com/EM3EwHIcjx

I’ll miss Bob Saget so much. He was as kind as he was funny.

This is insane. He was so young, and one of the sweetest comics around. Kind and genuine every time you saw him. What a loss.

There wasn’t a kinder person in Hollywood than Bob Saget. I am having trouble wrapping my head around this. I do not want to believe this. It’s all too much to handle.

I am in shock. I am so numb right now.

Bob Saget was an amazing comedian and a really warm and generous man. It doesn’t seem real to me yet, I just saw him last week and it’s hard to even imagine him not being here. He was the best. pic.twitter.com/kaYuqgp7QN

Oh no. RIP Bob Saget. Truly one of the nicest guys and so funny. Very sad.

Oh god. Bob Saget!!! The loveliest man. I was his TV daughter for one season and he was always so kind and protective. So so sorry for his family.

Heartbroken. Bob is one of the nicest and funniest people I ever met. Love you, Bob. ♥️ https://t.co/pqFjMzcIWr

I’m so shocked at @bobsaget’s passing. One of the most kind & thoughtful people I’ve ever come across & he just happened to be one of the funniest on the planet. I will miss you so much Bob. Love you dear friend. I’m so sorry @kellyrizzo. And so sorry to the rest of the family.

He had the biggest heart and wore it on his sleeve. He was so generous with his feelings. A mensch. #BobSaget

Deeply saddened to learn of the untimely passing of comedian Bob Saget. Beloved by millions as America’s Dad, he was a regular presence in our living rooms, bringing to us the funniest videos and countless belly laughs. Gone too soon, like so many of the brightest souls.

As a child I had the good fortune of meeting Bob Saget just as millions of others did as Danny Tanner. I never stopped smiling when “Full House” was on. As an adult I had the great fortune of coming to know Bob as a dear friend. As kind a soul as one could be. Rest well, Bob.

Bob Saget was a beloved and boundary-pushing comedian. He’ll be missed. pic.twitter.com/ftE8MvdOm1