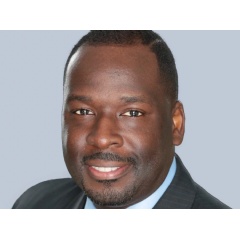 NPR is proud to announce that LaFontaine E. Oliver has been elected by the NPR Board of Directors to a second term as Chair of the Board. Oliver first joined the Board in November of 2016, serving as a Member Director.

Jeff Sine was elected as Vice-Chair of the Board. Sine first joined the Board in May of 2017, serving as a Public Director.

LaFontaine E. Oliver was named president and general manager of WYPR in Baltimore in July of 2019, after 6 years at WMFE in Orlando, Florida. During his first year, Oliver helped launch a new health reporting desk and the weekday podcast, The Daily Dose, as a vital source of the most relevant news to the community about the COVID-19 health pandemic and the states response. Recently Oliver led efforts to acquire WTMD from Towson University in an effort to preserve the beloved music discovery format. The deal for the purchase of WTMD closed in November of 2021 bringing the two powerhouse local public radio stations together.

At WMFE, Oliver oversaw the expansion of its newsroom and local news coverage, adding beat reporters, expanding its public affairs program, and launching an award-winning health desk. Under Olivers leadership, major efforts included spearheading community engagement efforts to get the station better connected to diverse and underserved communities and spearheading a marketing campaign designed to encourage active listening and civil discourse in the community with 90.7 WMFE acting as the conduit.

Oliver returned to Baltimore after a successful stint running WEAA licensed to Morgan State University, from 2007 to 2013. There, he launched a daily syndicated talk show, and his work in growing the station garnered him an invitation to present to HBCU presidents and vice presidents at the Annual White House Initiative on Historically Black Colleges and Universities Conference in Washington, D.C., in 2009.

Jeff Sine is co-founder and partner of The Raine Group, a global merchant bank focused exclusively on the technology, media, and telecommunications industries.

Sine is a member and past Chair of the Board of Trustees of American University, licensee of NPR Member station WAMU, in Washington, DC. He is also Board Chair of Educational Testing Service and a board member of ITHAKA (an educational non-profit) and The Manhattan Theatre Club. He also has produced many plays and musicals over the past two decades on Broadway and in Londons West End, and is a three-time Tony Award winner.

He earned a B.A. from American University, and a J.D. from the University of Southern California.

NPR, which is celebrating its 50th anniversary this year, is widely known for its rigorous reporting and unsurpassed storytelling that connects with millions of Americans every day  on the air, online, and in-person. NPR strives to create a more informed public  one challenged and invigorated by a deeper understanding and appreciation of events, ideas, and cultures. With a nationwide network of award-winning journalists and 17 international bureaus, NPR and its Member Stations are never far from where a story is unfolding. Listeners can find NPR by tuning in to their local Member stations (npr.org/stations), and now its easy to listen to our stories on smart speaker devices. Ask your smart speaker to, Play NPR, and youll be tuned into your local Member stations live stream. Your speaker can also access NPR podcasts, NPR One, NPR News Now, and the Visual Newscast is available for screened speakers. Get more information at npr.org/about and by following NPR Extra on Facebook, Twitter and Instagram

About the NPR Board of Directors

The NPR Board of Directors is responsible for the governance of our 501(c)(3) nonprofit corporation. The Board sets the policies and overall direction for NPR management, monitors the performance of NPR, and provides financial oversight.