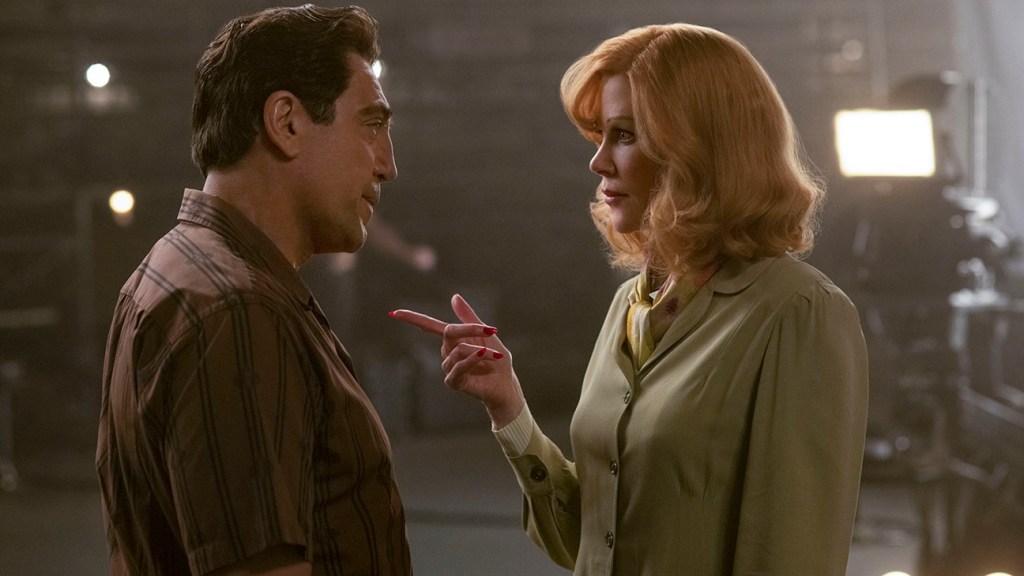 Nicole Kidman is weighing in on the continued debate over the casting decisions for Being the Ricardos.

Kidman acknowledged being aware of naysayers who wanted the role to go to someone bearing a more striking resemblance to Ball or more known for comedy, such as Debra Messing, who had publicly lobbied for the part. “I’m not on the internet, and I definitely don’t Google myself,” the Oscar winner said. “But things trickle through.”

According to NYT writer Dave Itzkoff, Kidman’s performance as Ball “remains an occasional source of insecurity for her.” The journalist shared that Kidman appeared to be surprised when he mentioned that a 75-second teaser trailer released in October only briefly showed glimpses of her face and had spurred online discussion at the time.

Asked to offer her thoughts on the film’s marketing, the 54-year-old Big Little Lies star replied, “I don’t know how to answer that, you know? I don’t handle the promotional part of it. Maybe they were just scared of showing me.”

Per Itzkoff, she noticeably took a breath before adding, “Bummer.”

Elsewhere in the interview, Kidman shared that Blanchett dropping out did not deter her from taking the role. “I feel like there’s a sacred pact among us all — whoever gets something, that’s where it was meant to land,” she said.

Amazon did not immediately respond to a request for comment about Kidman’s remarks.

In The Hollywood Reporter‘s recent cover story about the film, Kidman explained why fan backlash led both herself and Bardem to attempt to drop out of the film a month prior to production. “Shit, what did we do?” Kidman recalled thinking. “I got frightened.”

After both stars’ agents tried to get them out of the project, producer Todd Black managed to talk the representatives into having their clients stay put. Kidman and Bardem then wanted Sorkin to delay production by a year, but Amazon was eager to move forward as planned.

During a previous interview with THR, Sorkin explained that he wasn’t “looking for a physical or vocal impersonation” of Ball and Arnaz.

“As far as audience anticipation, that’s something I’m just not worried about,” he continued. “I’m certain that when people see the movie, they’ll leave feeling that Nicole has made a very solid case for herself, but moreover, I’ve found that you can really leverage low expectations.”

As for criticism of Spanish-born Bardem playing Arnaz, who was Cuban, Sorkin defended the casting decision by saying, in part, that “Spanish and Cuban aren’t actable.” He also dismissed concerns by adding, “Having an actor who was born in Spain playing a character who was born in Cuba was not demeaning.”