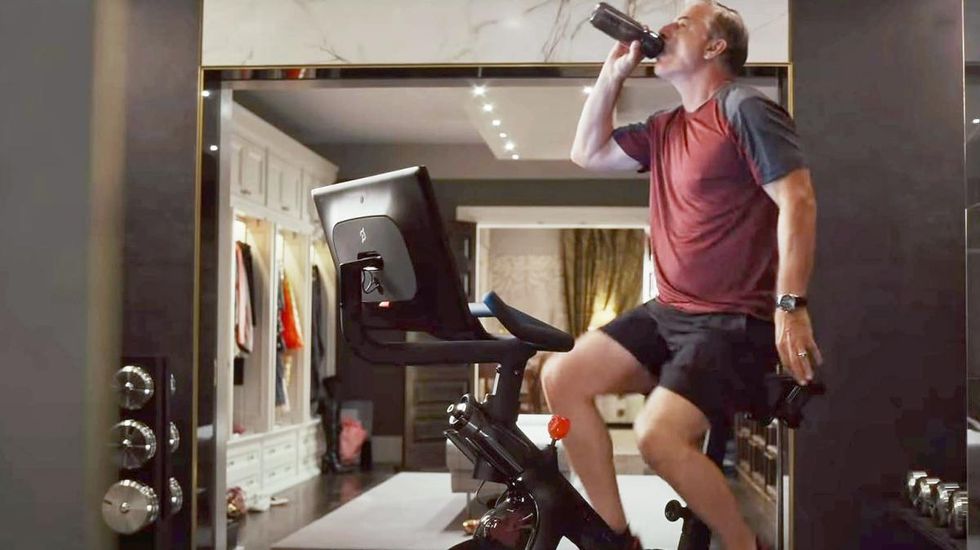 Over a decade after that much-maligned second movie, the Sex and the City girls returned to screens this week—or at least, three of them did. HBO Max’s continuation, entitled And Just Like That…, caught up with the beloved characters Carrie, Miranda and Charlotte in their fifties, and featured numerous allusions to how the world has changed since we last saw them. The very first line of dialogue referenced Covid, the characters take Ubers now instead of taxis, Carrie’s latest gig is as a podcaster, and most notably, her husband John (known to fans as “Mr. Big”) is now a fitness buff who is addicted to his Peloton bike.

What began as a running joke in the first episode, with Carrie quipping that she was jealous of Peloton instructor Allegra, actually foreshadowed the premiere’s big twist: after completing a ride on the popular exercise bike, Big suffers a heart attack and dies in Carrie’s arms.

Viewers were understandably shocked that the comedy-drama would kill off a major character so suddenly—and so were the folks at Peloton, who reportedly had no idea that their product placement deal would end up so closely tied to the controversial moment.

“HBO procured the Peloton Bike on their own,” brand spokesperson Denise Kelly told BuzzFeed News. “Peloton was aware that a Bike would be used in the episode and that Jess King would be portraying a fictional Peloton instructor… Due to confidentiality reasons, HBO did not disclose the larger context surrounding the scene to Peloton in advance.”

Big’s “death by Peloton” has even been linked to a recent dip in Peloton’s market value: the company’s stock price dropped by 11 percent overnight after the episode aired. However, Peloton were keen to dispel any notions that the bike ride was what killed Big, and cardiologist Suzanne Steinbaum issued a statement on behalf of the company’s health and wellness advisory council.

“I’m sure SATC fans, like me, are saddened by the news that Mr. Big dies of a heart attack,” she wrote. “Mr. Big lived what many would call an extravagant lifestyle — including cocktails, cigars, and big steaks — and was at serious risk as he had a previous cardiac event in Season 6. These lifestyle choices and perhaps even his family history, which often is a significant factor, were the likely cause of his death. Riding his Peloton Bike may have even helped delay his cardiac event.”