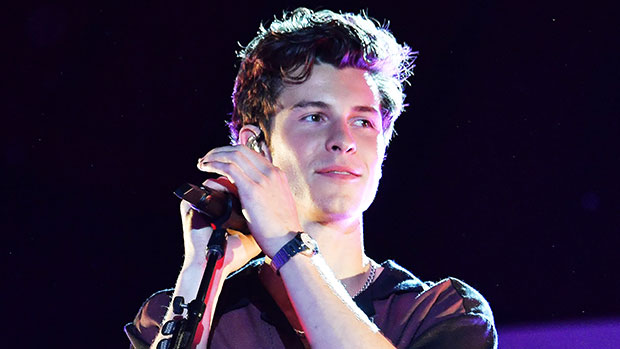 Never say that Shawn Mendes never puts his heart into his music because he certainly channeled his heartbreak into his new song. Shawn, 23, released “It’ll Be Okay” on Dec. 1, two weeks after he and Camila Cabello, 24, announced the end of their “romantic relationship.” With the breakup still fresh in everyone’s minds, fans couldn’t help but see how “It’ll Be Okay” was born out of Shawn’s split, featuring lyrics about the “hurt” that comes with a relationship not making it.

“Are we gonna make it? Is this gonna hurt?” the first verse begins. “Oh, we can try to sedate it, but that never works.” In the chorus, he croons, “If you tell me you’re leaving, I’ll make it easy, it’ll be okay; if we can’t stop the bleeding, we don’t have to fix it, we don’t have to stay; I will love you either way.” Towards the end, a hopeful note: “I start to imaginе a world where we don’t collide, and it’s making me sick but we’ll heal and the sun will rise.”

Shawn alerted his fans about this song on Tuesday (Nov. 30). He posted a short snippet online. “Are we going to make it,” he sang in the quick clip of a black background with the words “it’ll be okay,” appearing it white. “Is this gonna hurt?” he sang. “He always wrote songs about Camila and is still writing songs about her. I miss them,” commented one fan. “I know this is gonna hurt so bad,” wrote another. Many fans and friends – from Scott Helman to Jesse Gold to Tate McRae (“OMG”) – left heart emojis and prayer hands emojis in support.

Camila and Shawn announced their breakup on Nov. 17 in a statement posted to their respective Instagram Stories. “Hey guys,” the message began. “We’ve decided to end our romantic relationship, but our love for one another as humans is stronger than ever. We started our relationship as best friends and will continue to be best friends. We appreciate your support from the beginning and moving forward.” The duo signed their statement with three heart emojis.

The two began dating in 2019, though their friendship dates back to 2015. Their work on “Señorita” sparked speculation that their creative partnership was something more. Those sparks turned into flames on the Fourth of July 2019, when they engaged in some PDA. That speculation would be confirmed later in the month when they were photographed making out in a pool in Miami. From there, the two took their love up to his native Canada, down to her home in Miami, and everywhere in between. The COVID-19 pandemic forced them to quarantine together at her parents’ home in Florida, but the two appeared to make it work.

At the time of the breakup, it was unclear what caused the split. Camila said there was “a lot of sweetness and tenderness” in their relationship in an August 2021 interview. “I think we’re both sensitive. I’m really lucky to be able to surround myself with tenderness; it’s really important to me.”