There’s a lot that we love about Cobra Kai. The obvious first: the continuation (and, really, expansion) of the films that were such cultural touchstones of the ’80s. The depth that these characters now have. The action sequences! The performances! But on a more granular level, what really winds up drawing us to Cobra Kai is the fact that it always leaves us wanting more.

That works on both an episodic level—I’m not sure I’ve ever watched just one episode of Cobra Kai—and a season level, where each season has left off with all sorts of cliffhangers and plot points that will carry into the next season, leaving viewers eager, energized, and thirsty for more.

Season 4 was no different. While it cleaned up all the new plot threads that Season 3 set up, when the season concluded, somehow, some way, we had all sorts of new plot developments to speculate on and get excited about. And for viewers who aren’t super familiar with The Karate Kid lore (or can’t remember back to Season 3), there’s a familiar face at the end of the episode who may need a bit of backstory.

So, let’s talk about the ending of Cobra Kai Season 4, and where every major character in the show stands going forward.

Who was Daniel teaming up with at the end of Cobra Kai Season 4? The person Daniel teamed up with (at Mr. Miyagi’s tomb) at the end of Season 4 was Chozen Toguchi, a character who originally appeared in The Karate Kid Part II, but also showed up in a brief role in Season 3 of Cobra Kai. He was Daniel’s enemy and a villain in that film, but as his more recent appearance showed, he’s now on Mr. Miyagi’s side of thinking. Growing from his appearance last season, it’s natural that Daniel would hit him up for a bit of assistance, given the disadvantage he’s now at.

Here’s where things stand for the rest of our Cobra Kai characters:

Daniel As mentioned above, Daniel technically has to leave Miyagi-do karate behind after losing at the All-Valley to Cobra Kai. But he just can’t let that happen, especially with Terry Silver’s money and resources (and general evilness) now threatening to make Cobra Kai an even larger operation.

Daniel also has to deal with the fact that his son, Anthony, is a spoiled little brat. He kind of put him in his place by yelling at him, but he’s definitely going to need to do more.

JohnnyJohnny also technically has to stop his Eagle Fang karate after Cobra Kai’s victory, but he’s never really been one to like rules, so we’ll see how that goes. Johnny has a good thing going with Carmen, Miguel’s mom, and seems to finally have made a breakthrough in reconnecting with his son, Robby.

Unfortunately, in a very drunk moment, Johnny had some sort of mistake where he either thought Miguel was Robby or otherwise was thinking of Robby; he told Miguel, who really needs a father figure and kind of looks for it and found it in Johnny, that he loves Robby. This was a rough moment, and spurred something in Miguel as well.

Johnny is going to follow Miguel to Mexico City, and make sure he’s safe as he searches for his real father.

MiguelMiguel narrowly avoided another rough injury at the All-Valley tournament, and didn’t wind up returning to the competition; he felt like he was being somewhat used by Johnny as a pawn in his forever-competition with LaRusso and Kreese. Miguel was also crushed emotionally by the moment where he thought Johnny was telling him he feels like a father figure and that he loves him, before he said the name “Robby.”

As a result, Miguel affirmed his relationship with Sam, but we basically see that if Johnny is not going to be the Dad he can depend on, he’s going to go seek out to see where he came from. His mom says his dad is a bad dude—we’ll see. He’s headed down to Mexico City to find out, and Johnny is following not far behind.

RobbyGreat season for Robby after not having a ton to do in Season 3. We see him get some chemistry with Tory at Cobra Kai, but at the end he has one good thing and one bad thing. The good? He finally reconnects with Johnny after all of their ups and downs and turmoil. The bad? He may have turned young, sweet, Kenny into a jerk. Hopefully he can save him from Silver’s clutches.

SamanthaCan we be real for a second? Tory was awful to Sam, but Sam was awful right back early in the season. Tory was just trying to do her job to make a living, and Sam was bothering her and being mean. Anyway, she gave it her best in the tournament and will certainly be back grinding and trying again in the future. She came to represent that there can be a happy medium between Daniel and Johnny’s styles, which is a good kind of figure for the show to establish.

ToryTory has low-key been more developed than just about any other character on the show. At first just a sort of antagonist, she’s been fleshed out to not only be someone who’s just trying to find her place in the world and take care of her family, but also a figure who shows the contrast in classes in this California Karate word; the LaRusso’s are wealthy, Tory has to make her own money.

Tory also has a new moral quandry at season’s end: she won the All-Valley championship, but overheard Terry Silver bribing the official. She’s the only one who knows—what will become of this?

Amanda Amanda also has some newfound sympathy for someone she hated previously: Tory. Amanda doesn’t want to pity Tory, and Tory doesn’t want her pity—but the two seem to see eye to eye with each other at this point. I think there’s more to be mined in that relationship.

KreeseIs Kreese evolving? That seems to be the direction things are going. The Karate Kid franchise’s ultimate big bad reaped what he sewed by bringing Terry Silver back into the mix; Kreese demonstrated “weakness” by letting Tory choose whichever strategy she wanted in the final, and Silver paid him back by framing him for the assault (and attempted murder?) of Stingray. Kreese is getting his due for years of villainy by going to jail for a little bit.

But could this be the motivation for him to join the good guys? Maybe. Silver’s not going to get away with it, and maybe Kreese winds up the lesser of two evils.

Terry SilverLadies and gentlemen, we have a new main Cobra Kai villain! Terry was perfectly content playing his piano, eating at artisanal cookouts, and letting his long hair hang low, but as soon as Kreese came back and the hair went back into a ponytail, this lunatic was in full evil mode.

Now, he’s bribed an official for children to win a karate tournament, is expanding the dojo to teach more kids how to fight dirty and cheat, beat up a perfectly nice guy named Stingray, and framed Kreese (and had him sent to jail!) for attempted murder. Bad guy! Bad guy!

HawkWhat a turnaround for Hawk. He had some ups and downs throughout the season, and while he turned out to be a good guy again utimately, Robby, Kyler, and Cobra Kai shaved his mohawk which was a major blow.

Still, he bounced back and eventually even beat Robby for the All-Valley championship. Hawk is riding high for the first time (and seems to have gotten his girlfriend back too).

KennyPoor Kenny. He was so optimistic at first but Cobra Kai has changed him already into beng someone that early season Kenny would’ve hated. It’s hard to be too mad at him because Anthony LaRusso and his awful friends were really cruel to him. But hopefully Robby can help this little guy get back on track because he really is such a sweetheart.

AnthonyAnd the other way around for Anthony LaRusso. Are we supposed to kind of feel bad for him at the end of the season? Or forgive him? He’s still got a long way to go in my book. This kid was such a jerk to Kenny for no reason at all, and when his friends were mean he went right along with it. Humiliating Kenny by pretending to be the girl he liked was particularly cruel. Hopefully Daniel (and Amanda) yell at him a bunch more in Season 5.

I like to dream big. My family is very important for me. I like meeting friends on weekends. In my free time I usually read. Interested in history.

END_OF_DOCUMENT_TOKEN_TO_BE_REPLACED 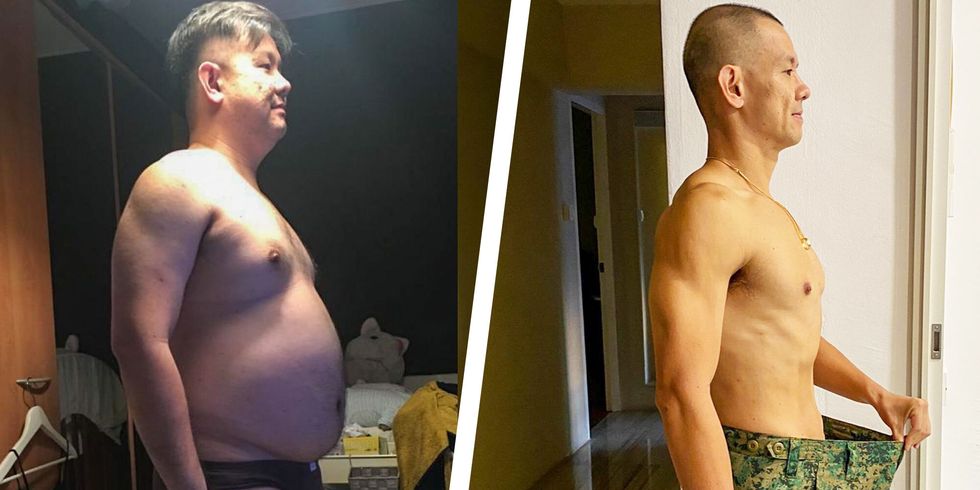 Lim HongZhuang, 38, from Singapore, explains how adjusting his mindset and overhauling his diet helped him lose weight and become… 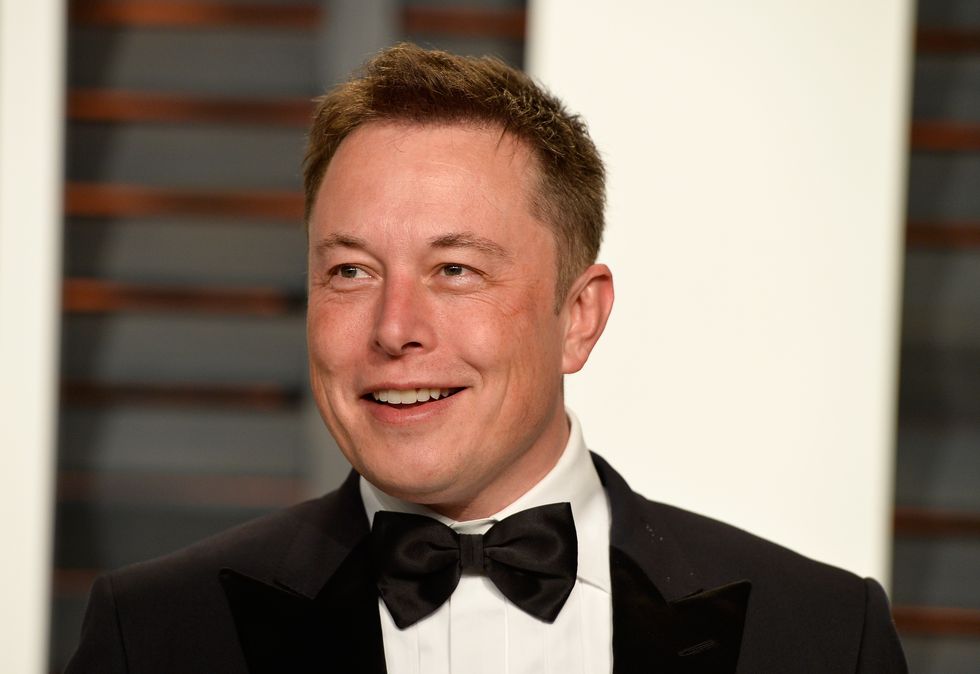 In recent months, Elon Musk has claimed that the only home he lives in is a $50,000 pad in Texas,…