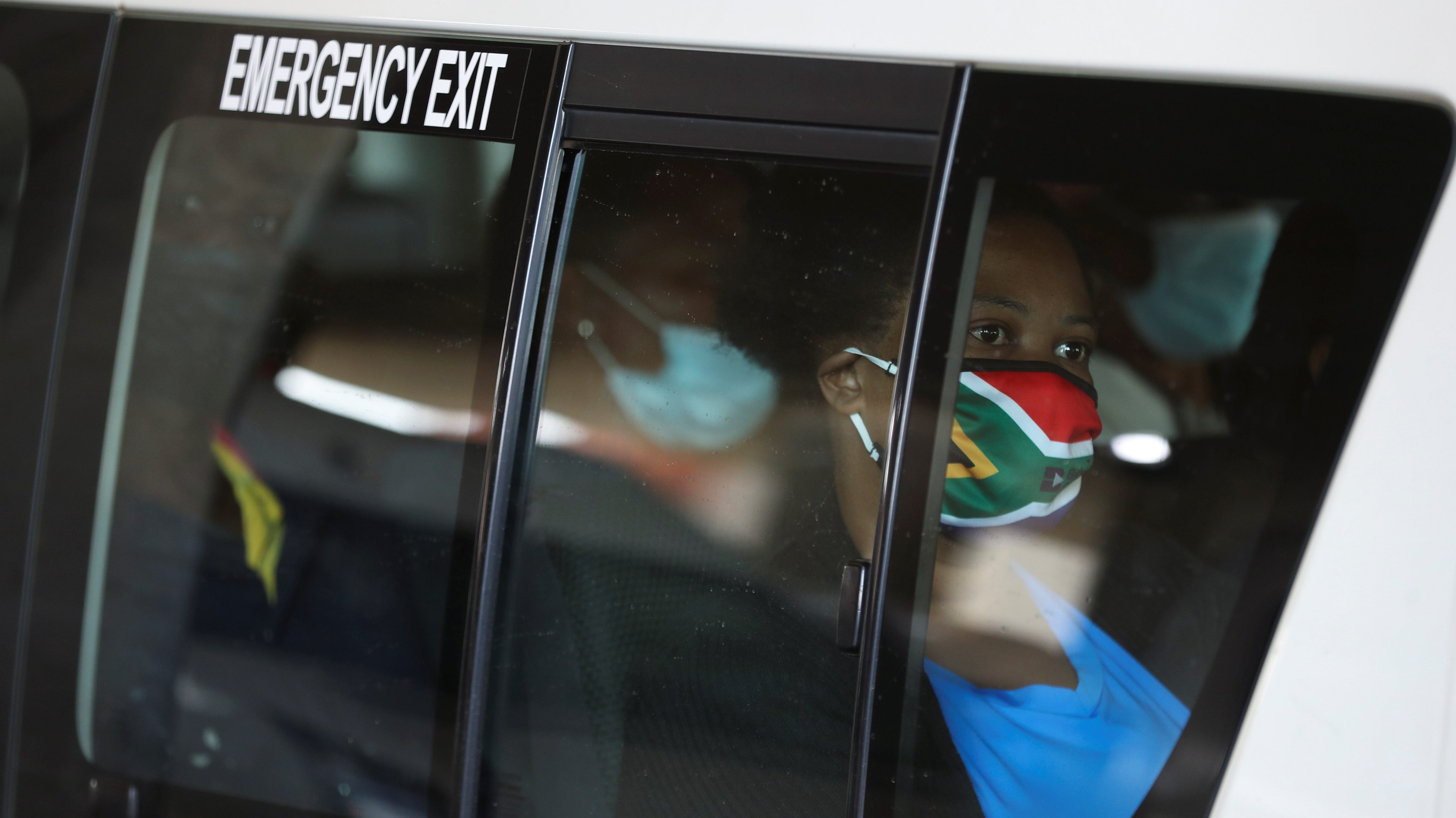 This story has been updated with news of WHO’s classification of the variant.

The World Health Organization (WHO) urged countries to avoid “knee-jerk responses” to the new B.1.1.529 variant of Covid-19 that has emerged in southern Africa, and instead take a risk and science-based approach. The organization specifically cautioned against sudden travel measures as it met on Friday to discuss the variant. WHO has classified B.1.1.529 as a “variant of concern,” calling it the omicron variant.

South African scientists detailed their discovery of the variant and its worrying mutations on Thursday (Nov. 25) after tracking it in the economic hub of Gauteng. Within a day, travelers from South Africa had been banned from entering the UK, France, Israel, and Singapore; while the EU called on member states to stop travel from the region.

Only a few dozen cases of the variant have been discovered so far in southern Africa, as well as Hong Kong and Israel, and scientists have emphasized that multiple variants have come and gone in the months since the pandemic began. However the nature of B.1.1.529 variant’s mutations, and uncertainty over how well vaccines will respond to it, drove a number of countries to shut their doors.

The fact that only 4.4% of Africans have been fully vaccinated against covid-19 due to a shortage of vaccines, as well as vaccine hesitancy, has heightened concerns. Fewer than a third of countries in Africa have met the global goal of vaccinating 10% of their populations against the disease by the end of September, and fewer than 10% are projected to meet the year-end target of fully vaccinating 40% of their populations. Only around a quarter of South Africans have been fully vaccinated.

As a result, the strain threatens to further isolate a region that is still dealing from pandemic blows.

While Africa has had a seemingly lower caseload of covid-19 compared to other regions, the disease has had devastating impacts on its economies and public health systems. It has stretched the continent’s strained medical resources, reversing gains in the fight against other deadly diseases. And it has contributed to a record contraction of 1.9% growth last year for southern Africa, widening the income gap between the region and the rest of the world.

“We have been very transparent with scientific information,” Tulio de Oliveira, the director of South Africa’s Centre for Epidemic Response & Innovation wrote on Twitter. “We identified, made data public, and raised the alarm as the infections are just increasing. We did this to protect our country and the world in spite of potentially suffering massive discrimination. “

What southern Africa needs now is not a policy of isolation, but of empathy and most importantly, backing, de Oliveria argued. “By protecting and supporting [Africa], we will protect the world.”

Sign up to the Quartz Africa Weekly Brief here for news and analysis on African business, tech, and innovation in your inbox.

Share
Facebook
Twitter
Pinterest
WhatsApp
Previous articleDo Flies Really Throw Up When They Land on Your Food?
Next article“Sex, God, & the Chaos of Betrayal,” An Internationally Best-Selling Book is Free For One More Day (11/26/2021) –