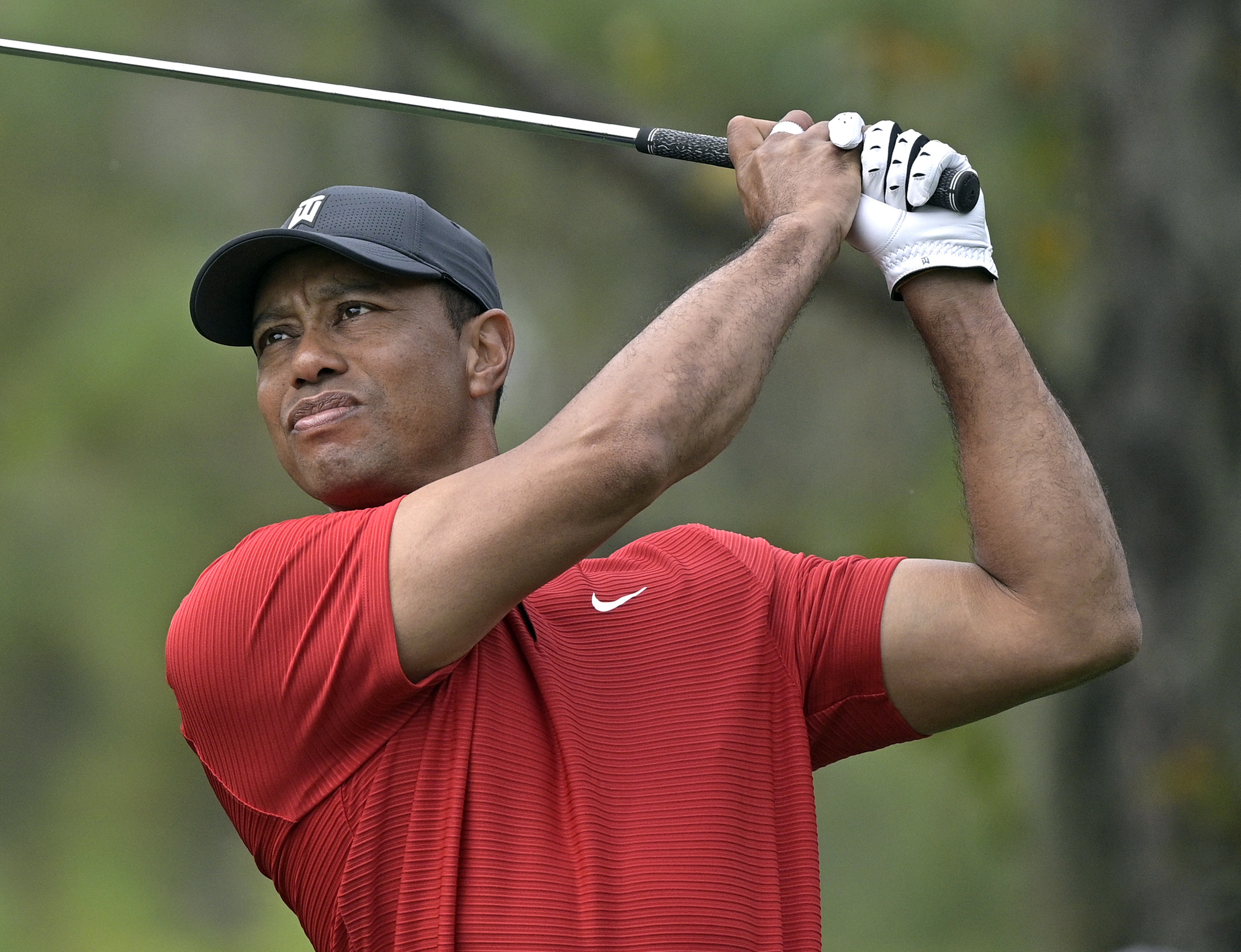 Speaking publicly for the first time since his February car crash, Tiger Woods addressed a variety of topics about his recovery and future on Tuesday.

Woods, who is in the Bahamas hosting the Hero World Challenge starting on Thursday, told reporters this recovery process “has been much more difficult” for him than in the past when he’s had leg surgery.

“The knee stuff, that’s one level,” he explained. “With the leg, it’s hard to explain how difficult this has been. … It’s been a lot of hard work. … There were some tough times in there.”

Woods noted his children have been more familiar with him being injured than playing golf:

My kids have seen me more injured than healthy. Played call of duty when they were at school. Masters was an important binding moment for all of us. Do activities with them now, talk to them and see them grow up. @TigerWoods @WIONews

The 15-time major champion was open about how close he came to losing his leg, or worse, as a result of the crash.

“I’m lucky to be alive and to still have the limb,” Woods said. “I’m very grateful that someone upstairs was taking care of me … (Amputation) was on the table.

Woods added he hasn’t decided if he will return to the PGA Tour at some point, noting there’s still a long way to go in his rehab.

Woods was involved in a single-car crash in California on Feb. 23.

An official told Dan Mangan of CNBC that Woods “likely survived the single-car crash because the interior of the SUV remained intact.”

In a statement released through Woods’ official social media on Feb. 24, Dr. Anish Mahajan, chief medical officer and interim CEO at Harbor-UCLA Medical Center, said the 45-year-old “suffered significant orthopaedic injuries,” including compound fractures to his fibula and tibia in his right leg that had to be stabilized by inserting a rod into the tibia.

Last week, Woods posted a video on Twitter showing him hitting golf balls on a fairway:

During Tuesday’s press conference, Woods addressed where things are with his game now that he’s been able to get back on the course in some capacity.

“To see some of my shots fall out of the sky a lot shorter than they used to is a little eye opening, but at least I’m able to do it again. That’s something that for a while there didn’t look like I was going to. I’m able to participate in the sport of golf, now, to what level? I do not know. The clock’s ticking, I’m not getting any younger.”

Woods’ last appearance in a PGA Tour event was at the Masters in November 2020. He finished tied for 38th with a score of one-under par.

His last victory was at the 2019 Masters, giving him 15 major titles for his career. Only Jack Nicklaus has more career wins in major tournaments (18) than Woods.