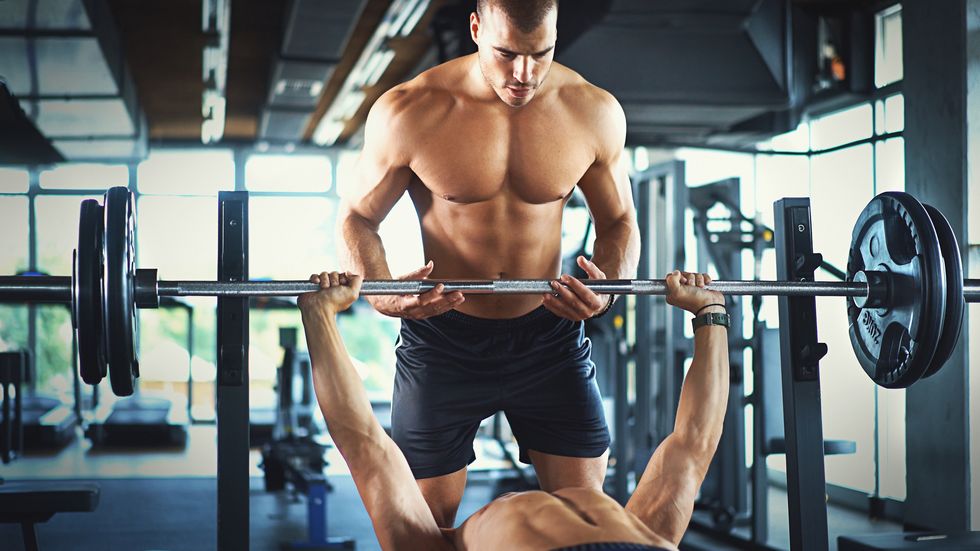 YouTube’s bodybuilding brother duo Hudson and Brandon White, better known as the Buff Dudes, have taken on all kinds of different workout styles on their channel. In their most recent video, they decide to turn to their fellow fitness influencers for inspiration, watching training videos from some of the most popular YouTubers and recreating those routines in their home gym.

First up they try Larry Wheels and Terron Beckham’s chest workout, which starts off with bench press. Brandon points out that while Wheels is able to churn out an impressive number of reps (he performs 50 at what looks like 225 pounds), he is not locking his arms and hitting that full range of motion in his reps, which is something that the Buff Dudes have been critiqued for themselves in the past. “Doing this range of motion puts emphasis on the chest,” says Hudson. In their attempt to recreate this workout, Hudson and Brandon both mirror Wheels’ half-reps, and manage 30 each.

Aware that they don’t want to exhaust themselves by performing the full chest day workout, the Dudes then move on to three-time Mr. Olympia physique champion Chris Bumstead. After poking some fun at the thirst trap aspect to Bumstead’s workout videos, they attempt their own version, complete with a wide-angle lens and gradual removal of clothing.

Next up is MattDoesFitness, although after trawling through all of his videos, the Buff Dudes conclude that there isn’t actually much footage on YouTube of Matt doing fitness, as the majority of his content tends to focus on him doing diet and workout challenges that aren’t part of his regular routine, like eating everything on the McDonald’s menu in a single day. “I would look like dogshit,” says Hudson. “I look worse than him and I try to eat as best I can… I think science should actually study Matt.”

When it comes to working out like fitness model Jesse James West does on chest and back day, the brothers adopt a similarly manic editing style and find shooting the video more exhausting than the actual overhead press.

They round out the video with one of the O.G. internet bodybuilders whose impact has been lost to time: Scooby, who garnered 40 million views on a video of himself doing pushups for less than two minutes. “It just goes to show you how far fitness on the internet has come,” says Hudson.