What Was Cowboy Bebop Really About? 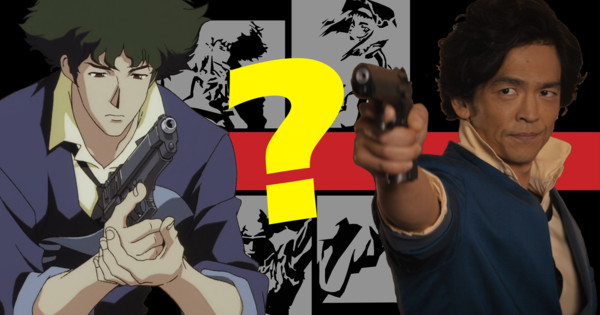 So Netflix put out their live action Cowboy Bebop a couple weeks ago and, as expected, it was a colossal dumpster fire. However, of the many, many things that I could tear this show apart for, I feel that there’s one central idea that needs to be addressed more than any other: did Netflix Bebop even understand its source material in the first place? The answer, unsurprisingly, is an emphatic NO in all caps, but to understand why, we need to take a trip back a couple decades to see what made Cowboy Bebop work so well in the first place.

Which is easier said than done of course, as what makes Bebop good is a rather long-winded response with a whole slew of answers. The appeal of Bebop is as diverse and wide-spread as the subjects of its episodic stories. Phenomenal action scenes, a well-constructed sci-fi world, the general sense of “coolness;” all of these make Bebop an incredibly fun and engaging series, but there is something more fundamental regarding its main cast that truly makes this series work.

Despite the epic action set pieces and crazy characters and zany comedy, Cowboy Bebop at its core is a fairly somber story. It’s billed as such from the very first scene, a gunfight with no dialogue or sound effects, only accompanied by the melancholic tune of a music box. Very rarely does it feel like our characters achieve a clean victory; more often it’s accompanied by some kind of sadness or sense of unease. The world of Cowboy Bebop is a cruel one, stretched to its breaking point by the myriad of circumstances that created it, yet continuously pressing on to the next day, and these characters have been hardened by that cruelty. They all have some kind of tragic backstory that holds them back to some degree, but they force those emotions down into the depths of their hearts because that’s the only way they’ve figured out how to live.

And yet, these emotions still exist. Perhaps not in full view for the audience to observe completely, but they’re still there in the smallest of ways. It’s difficult to fully articulate how these characters feel because they keep these emotions to themselves, never allowing anyone to see the real them laid bare, and there’s a kind of tragic beauty in that. Despite the jokes and the action and all the thrills, Cowboy Bebop is a tragedy, and it leans into those tragic elements not through plot, but through tangential and indirect characterization.

Netflix Bebop, on the other hand, seems to have ignored these ideas altogether. There are so many times throughout this series where the characters just sit down and explain their problems to each other, and even if they don’t talk about their problems directly, the emotions they feel are all over their faces and often coupled with flashbacks or other cutaways that fully explain everything about them. There is nothing to discover about these characters, no air of mystery that makes you wonder why they act the way they do. Their emotions are incredibly simple and almost too easy to understand, boiled down and Hollywood-ized to the point of not even resembling the characters they’re based on anymore so that they can cram in a more generic crime syndicate story to “flesh out” the plot. Spike hides his past from Jet for plot reasons and ultimately causes the finale through this deception. Julia gets her own subplot now AND a love triangle. Vicious gets this weird trust fund baby plot between him and the head of the syndicate. All this extra effort to fill out the plot and characters only to completely backfire because it didn’t understand how the plotlines it ripped from the anime worked in the first place. Is it “bad writing”? I mean, not necessarily, but it is incredibly boring and uncompelling, especially in the context of Bebop.

Cowboy Bebop was never about its story. It was about its characters just trying to live their lives in a cruel and uncaring world, and occasionally something plot-related would happen to them. Netflix Bebop goes way harder on the central plot elements in ways that make them less impactful and turn this series into just another crime drama, but with bounty hunters and a space aesthetic this time.

It certainly doesn’t help that the comedy is completely off-brand for Bebop as well, with characters mugging the camera for a not-so-witty one-liner or an elaborate string of cusses. The dialogue is filled with comedic quips that seem entirely geared towards crafting something that the audience might think is funny without regard for whether it makes sense for the characters to speak like that or how it characterizes them and the world around them. Constant banter has been the zeitgeist of the era for a while now, but when you try to cram it into something like Bebop where it obviously doesn’t fit, it results in this bizarre and off-putting mess of writing that provokes more hate than humor.

Along those same lines, Netflix Bebop is an incredibly loud series. Not in the sense of bad audio balancing, but in the sense of it never trying to tone itself down or dial itself back in any way. Those moments of near silence from the original are practically extinct in the Netflix version. Either it doesn’t have the confidence to pull these scenes off, or, more likely, it doesn’t find these scenes interesting and instead chooses to fill them with comedic exchanges, completely diffusing any tension or emotional weight that could be built up. It is very ironic that the series which focused more on its central plot and character backstories somehow made less of an impact with its most pivotal emotional moments.

Even looking at a much broader overview, Netflix Bebop utterly fails at capturing the spirit of its predecessor, because Cowboy Bebop is, on a cinematic level, one of the most all-encompassing series I’ve ever seen. Bebop doesn’t just find a single tone and genre and stick to it. It bounces around to anything and everything to fit whatever mood a given story is going for. It’s action, sci-fi, drama, slice of life, western, cyberpunk, psychological, comedy, horror; it is everything all at once in one of the most beautiful and well-crafted genre mixtures that anime has ever achieved, deftly blending all these cinematic styles with its own core flavor in ways that feel distinctly of a given genre and yet still cohesive as a broader series. Heck, they literally spell it out for you right on the eyecatch for episode 13: the work, which becomes a new genre unto itself, will be called Cowboy Bebop.

The scope and depth that Cowboy Bebop achieved as an animated series is a cinematic marvel and something that Netflix Bebop could only hope for in its wildest dreams, as it falls flat on these ideas in pretty much every manner possible. There is no eclectic blending of cinematic styles and cool genre mash-ups here. Outside of a couple scenes that it directly copies from the original, Netflix Bebop has an extremely limited cinematic vocabulary. Most of the scenes shot at night have this muddy mix of bright neon lighting that looks more ugly than cinematic. Half the shots are Dutch angles for some reason that I simply cannot find an explanation for other than it making the shot look different. The sets are half-baked and make it feel as though I’m watching a sitcom instead of a space epic. Character blocking is as standard and built for function as you can get with hardly any dynamism to it. This is just straight-up bad filmmaking.

The most egregious example of this would be episode 8, which lifts the Mad Pierrot plot from episode 20 of OG Bebop. In the original, this episode borders on being an outright horror story, with the beastial rage and savagery of Pierrot immediately backing Spike into a corner like an unstoppable juggernaut. The battle is filled with harsh lighting and muted colors, and the action cuts feel grittier and more impacting, with no background music at all until a droning screech near the end that constantly ramps up towards its conclusion. This fight makes Pierrot look downright demonic, an invincible being from another world.

Netflix Bebop does absolutely none of this. It has the same vibrant, yet muddy lighting we get for pretty much every nighttime scene in this series, the shot composition fails horribly at conveying the imminent threat Pierrot poses and makes him look more comedic than horrific, and the soundtrack plays this totally out-of-place electronic number. It’s just flat-out bad. Even when it does try to do something a bit more artsy like the Jet flashback it rips directly from the original, it still proves to be mostly incompetent at replicating the film noir style that this story is going for because Netflix Bebop refuses to fully commit to anything other than a bad sense of humor and a rudimentary understanding of film.

There is so much more that I could tear apart Netflix Bebop for, but I think it’s pretty obvious at this point what went wrong. It chose to cram in as much extra plot as it could, completely neglecting the episodic nature of the original and thereby missing the point of how these characters live in the world around them, all while giving way too much screen time to bad comedy and utterly failing to do anything visually exciting. The one good thing I can say about this series is that it finally got me to rewatch the anime again, of which I am even fonder now than I was before. This show really hits differently when you reach the same age that the Bebop characters are at, leaving me with this immense bittersweetness that will stay with me for so much longer than anything from Netflix Bebop ever will.